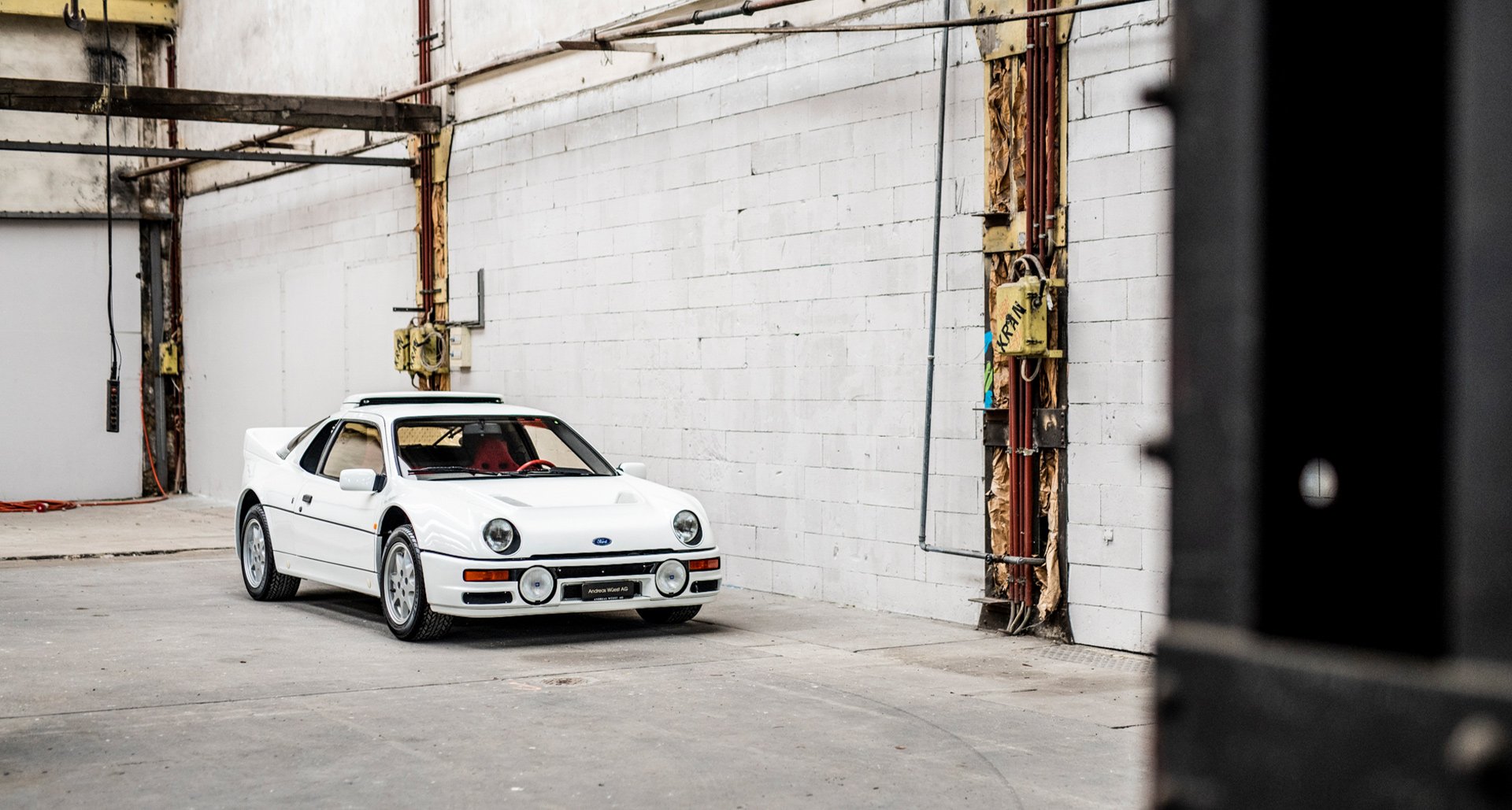 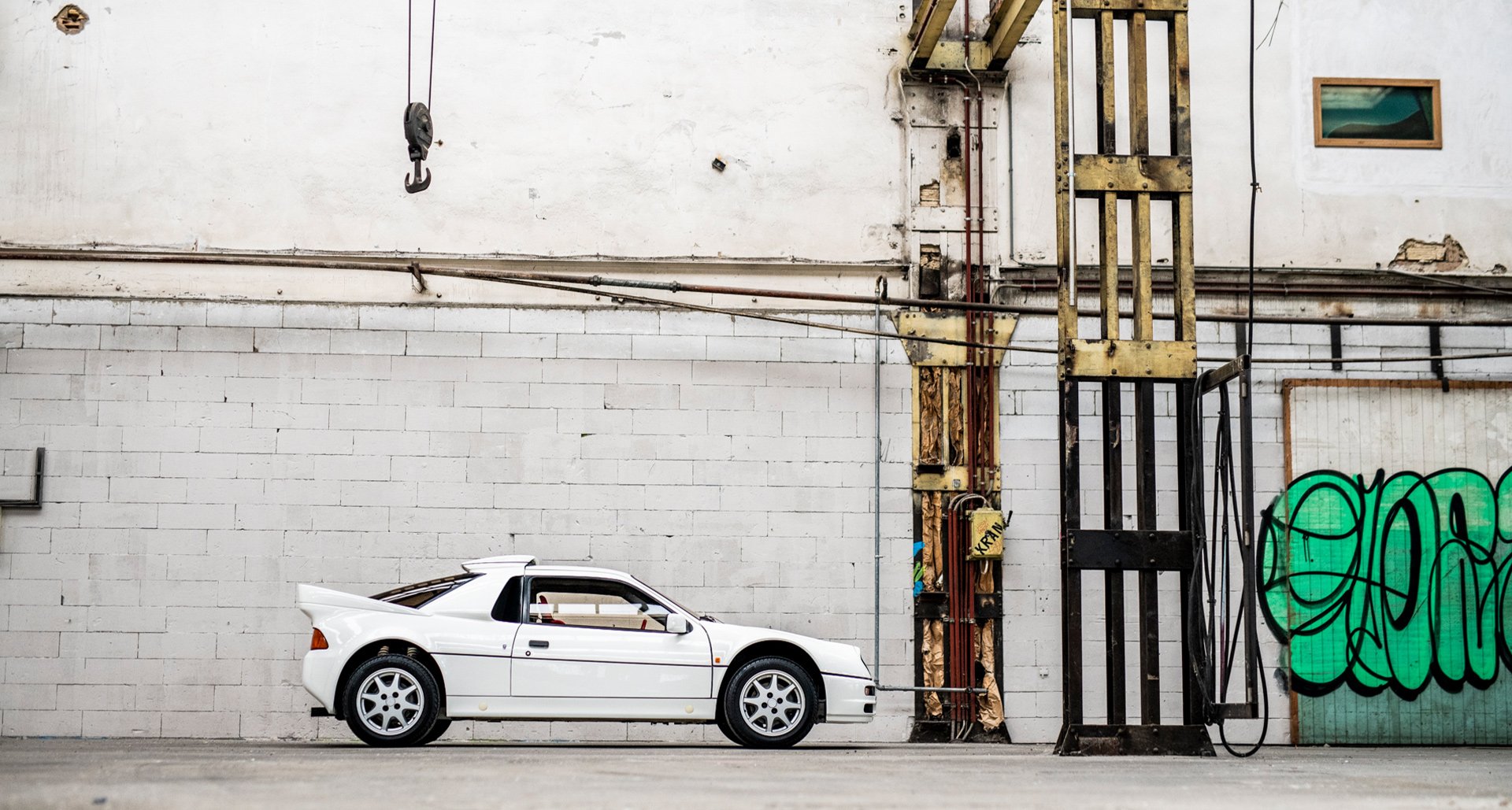 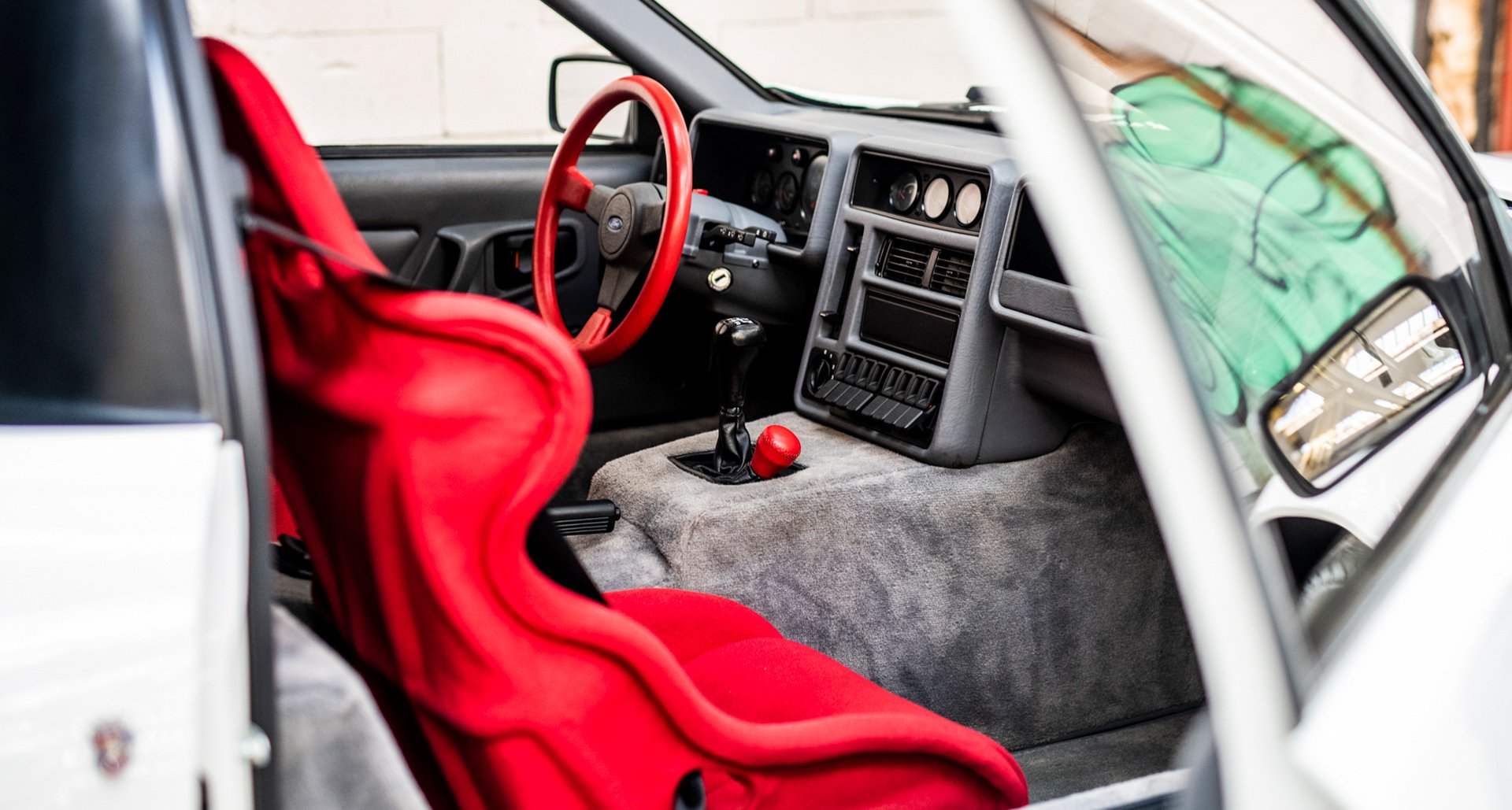 If we asked you to name a car with connections to the Northern Irish city of Belfast, you’re far more likely to say DeLorean than RS200. But the first roadgoing version of Ford’s mad, bad and dangerous to know Group B homologation special was first unveiled to the public at the Belfast Motor Show.

And if you want to know exactly what it looked like, take a glance at our images of the pristine example currently on offer with Swiss dealer Andreas Wüest. It has covered a mere 1,200 miles from new and is widely believed to be the best and most original street-legal RS200 in existence.

We’d give a lot to access Doc Brown’s ‘Back to the Future’ DeLorean, if only to be able to visit the ’80s, when Ford, keen to recoup some of the £10m it had spent developing the RS200, was offering roadgoing versions to the general public with an official price tag just short of £50,000 apiece. For their money, the slow trickle of buyers who took up the opportunity got a purpose-built rally car with a 1.8-litre, 250bhp turbocharged Ford Cosworth BDT engine mounted crossways in the middle, a gearbox up front, a choice of two or four-wheel drive and a glass-fibre body designed by Ghia and built by Reliant.

Inside, a thin layer of carpet, elasticated door pockets and a decidedly ‘of the era’ dashboard were intended to create a civilised air – but, in the few rare, 4X4 examples of the breed (such as the one on sale with Wuest) a conspicuous red-topped lever poking out beside the Sierra-type gearstick immediately exposed the truth: this car was not made for shopping. The lever in question operated the transfer box that made it possible to switch the RS200 between two and four-wheel drive, depending on whether it was being hustled along the slippery surface of a forest track or blasted down a length of black top in the rallying role for which it was created.

Rally fans won’t need reminding that the RS200 was born out of Ford’s aborted project to enter the Group B fray with a heavily souped-up version of its latest Escort, the MkIII. But when that clearly wasn’t going to work, the development team took the lessons they’d learned and put them to good use, developing a rally weapon that was purpose-built from the ground up. Yet, almost as soon as Ford unleashed the 444bhp competition version of the RS200 on the World Rally Championship stage in 1986, it became obsolete. After Kalle Grundel snatched third place at the Swedish round in February (the car’s only podium), the RS200 driven by Joaquim Santos at the Rallye de Portugal three weeks later slid off the road and plunged into the crowd, killing three spectators and injuring 30.

That tragedy, combined with the deaths of Lancia crew Henri Toivonen and Sergio Cresto when their Delta S4 plunged into a ravine and caught fire during the Tour de Corse in May, was instrumental in the FIA’s decision to can Group B on the basis that the cars had quite simply become too powerful, too fast and too dangerous. By then, Ford had already developed an ‘Evolution’ variant of the RS200 for the following season with an engine capable of producing as much as 800bhp or more. A few of the 24 examples built ended up competing in the European Rallycross Championship (Martin Schanche won the 1991 title in one) but the vast majority of RS200s were the 250bhp homologation cars intended for the road.

According to model authority Justin Smith, only 148 RS200 road cars were actually built – not the 200 officially required by the FIA (and the number that gave the ‘RS200’ its name). Of those that survive, it’s unlikely that any is anywhere near as good as the example on sale with Wüest. It’s so complete and original, in fact, that the huge history file accompanying it includes everything from the 1988 purchase invoice to the sales brochure, owner’s manual and even the exceptionally rare press kit announcing the model’s arrival.

Although built in 1986, the car was retained by Ford for two years as a promotional vehicle before being sold to its first private owner, an American, for – wait for it – £30,000. It subsequently went to New Zealand, where its novelty value earned it an extensive feature in the new custodian’s local newspaper, after which it was driven little more than 500 miles during the course of the next two decades, before being treated to a complete ‘refresh’ by Australian specialist Dutton Motorsport. This is said to have resulted in a bill for the same amount as the car had cost.

“We really think this is probably the best and most original RS200 in existence,” says Wüest. “It has covered an incredibly low mileage and, when it has been used, it has clearly been driven with care and has certainly never seen the type of terrain that the RS200 was originally designed to tackle. It’s a true ’80s time warp and a remarkable reminder of what was definitely one of the craziest eras in motorsport,” he concludes. The question is, will the next owner be able to resist driving it the way Ford Motorsport originally intended? I’m sure we couldn’t. And the only thing that has held Wüest back is the fact that he’s too tall to get in... 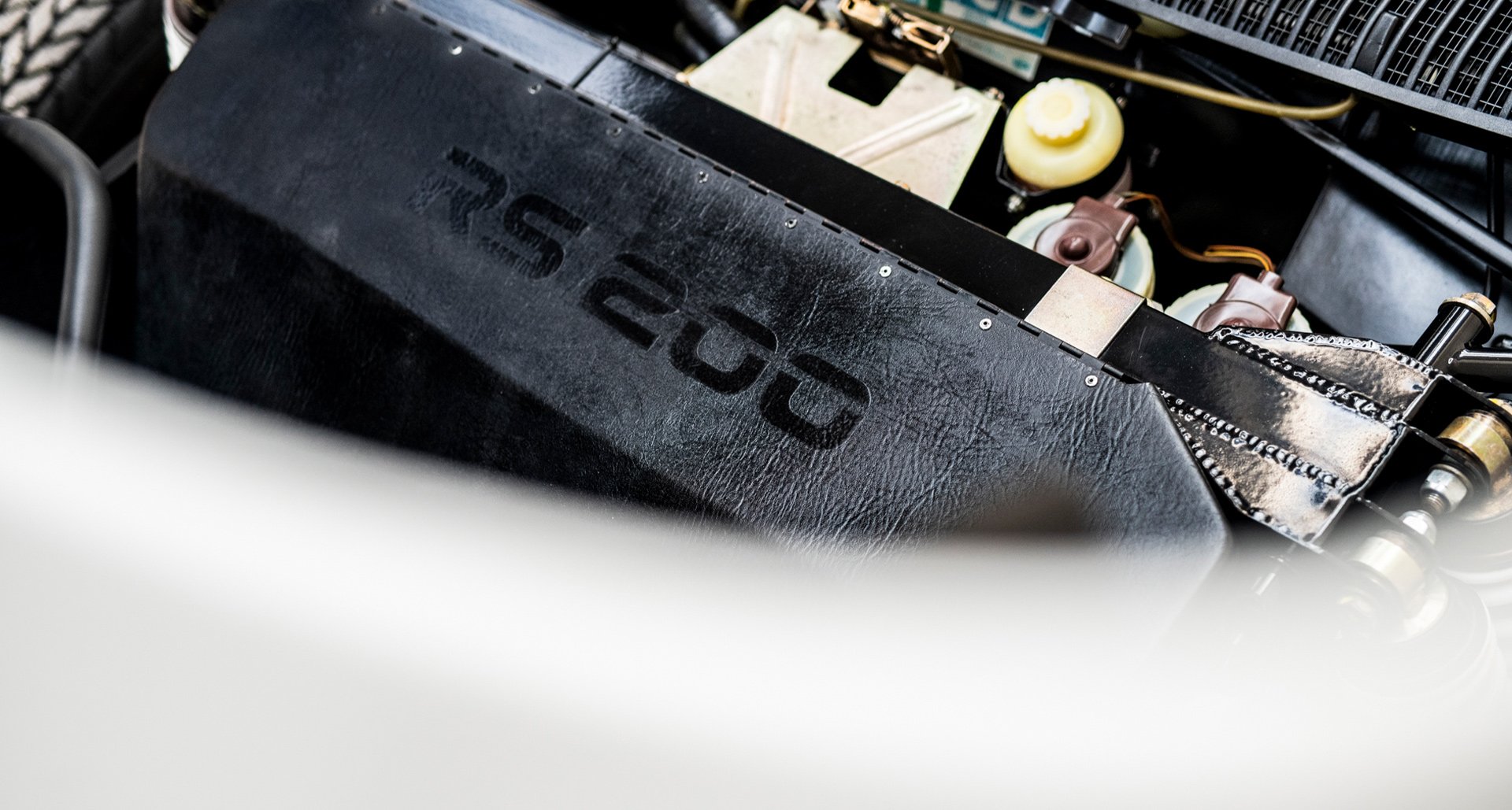 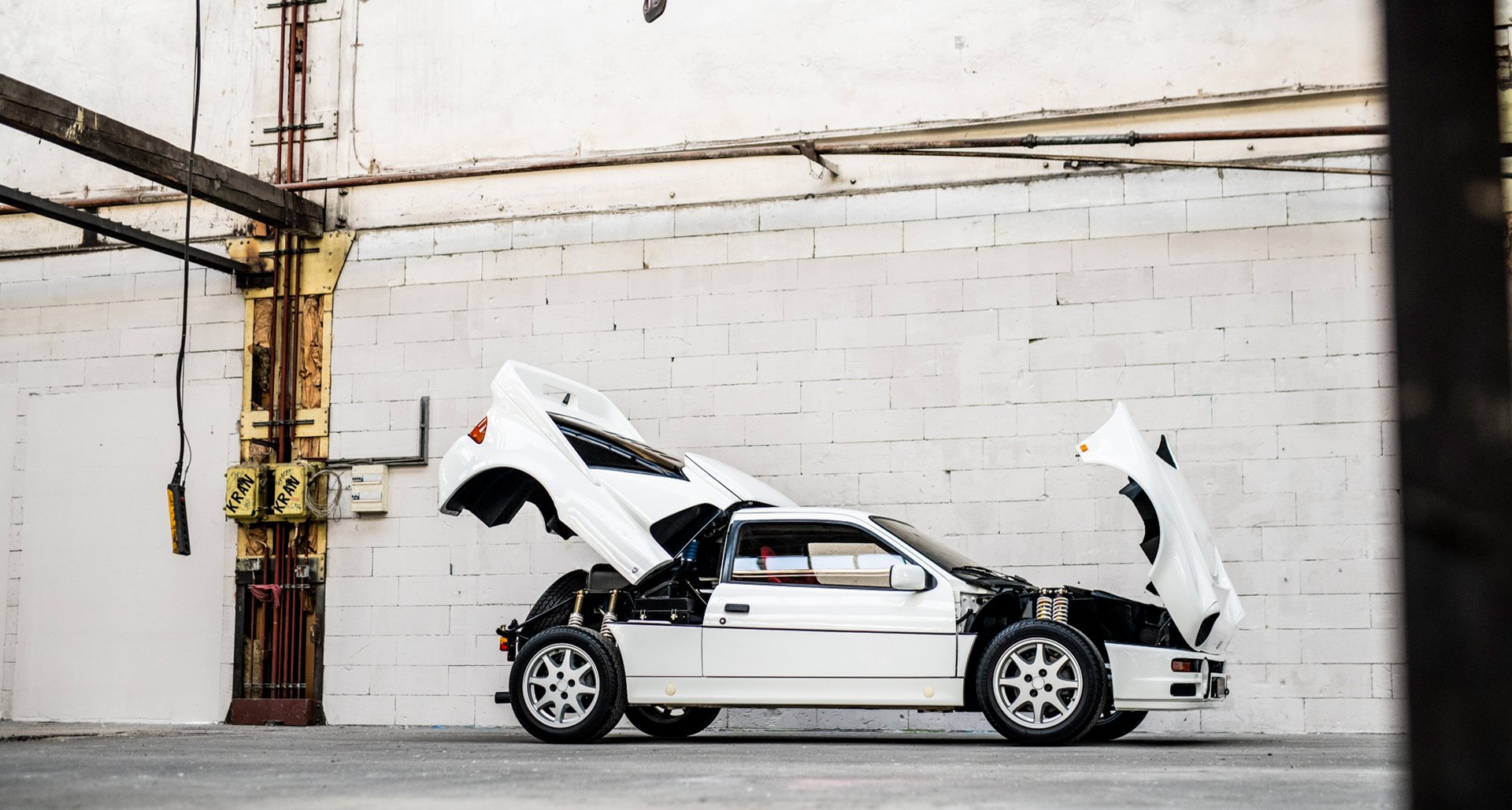 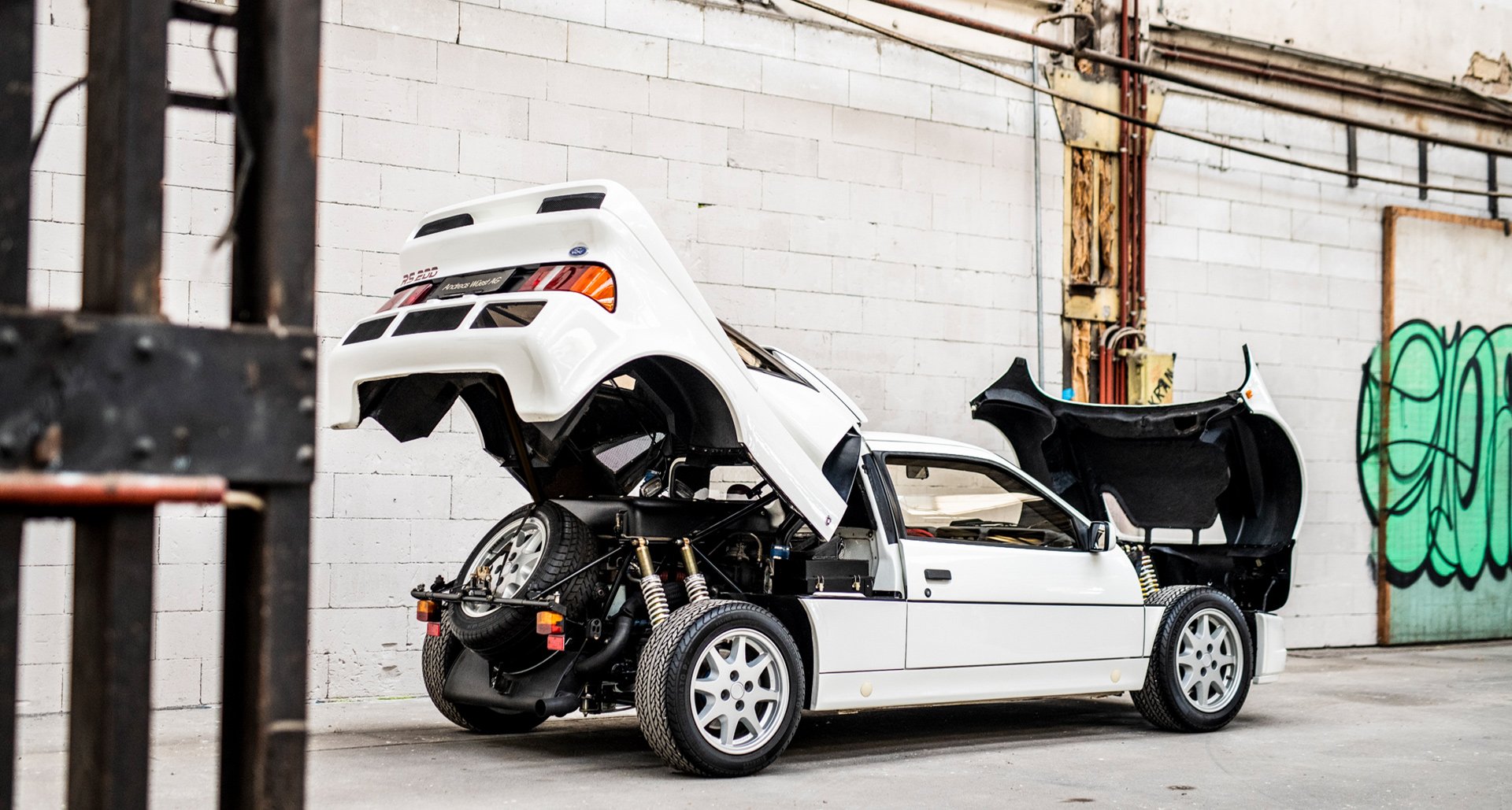 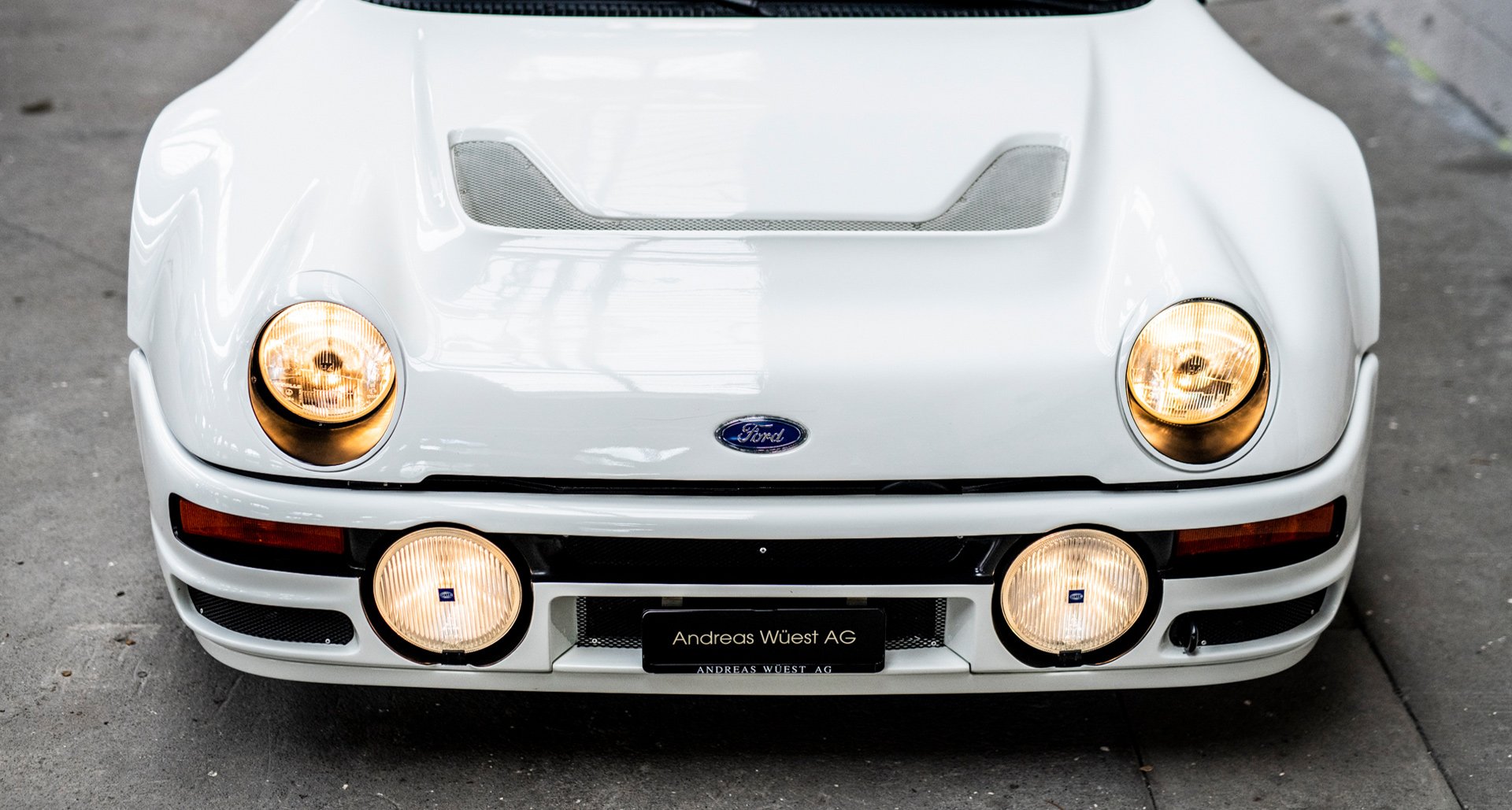 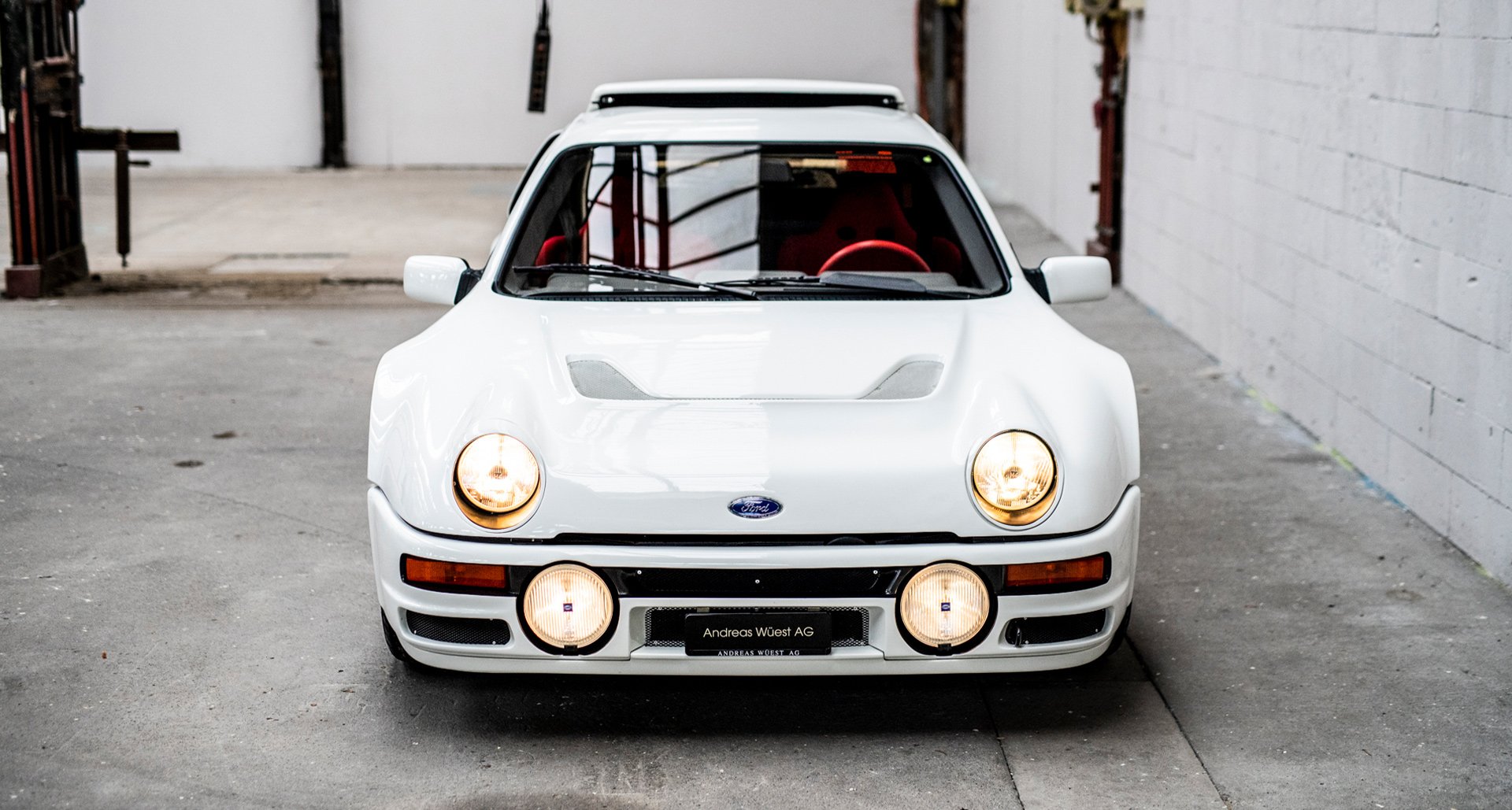 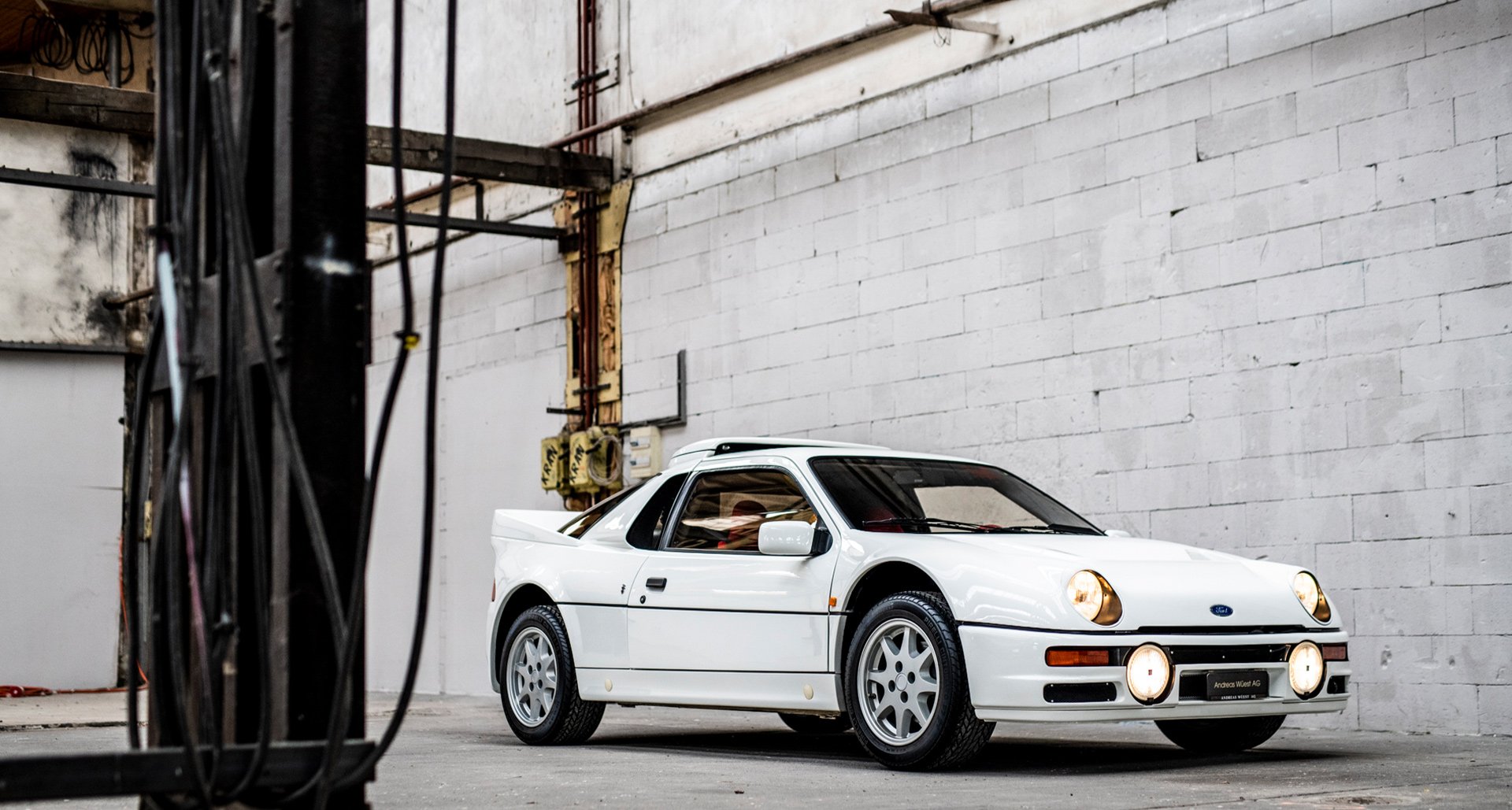 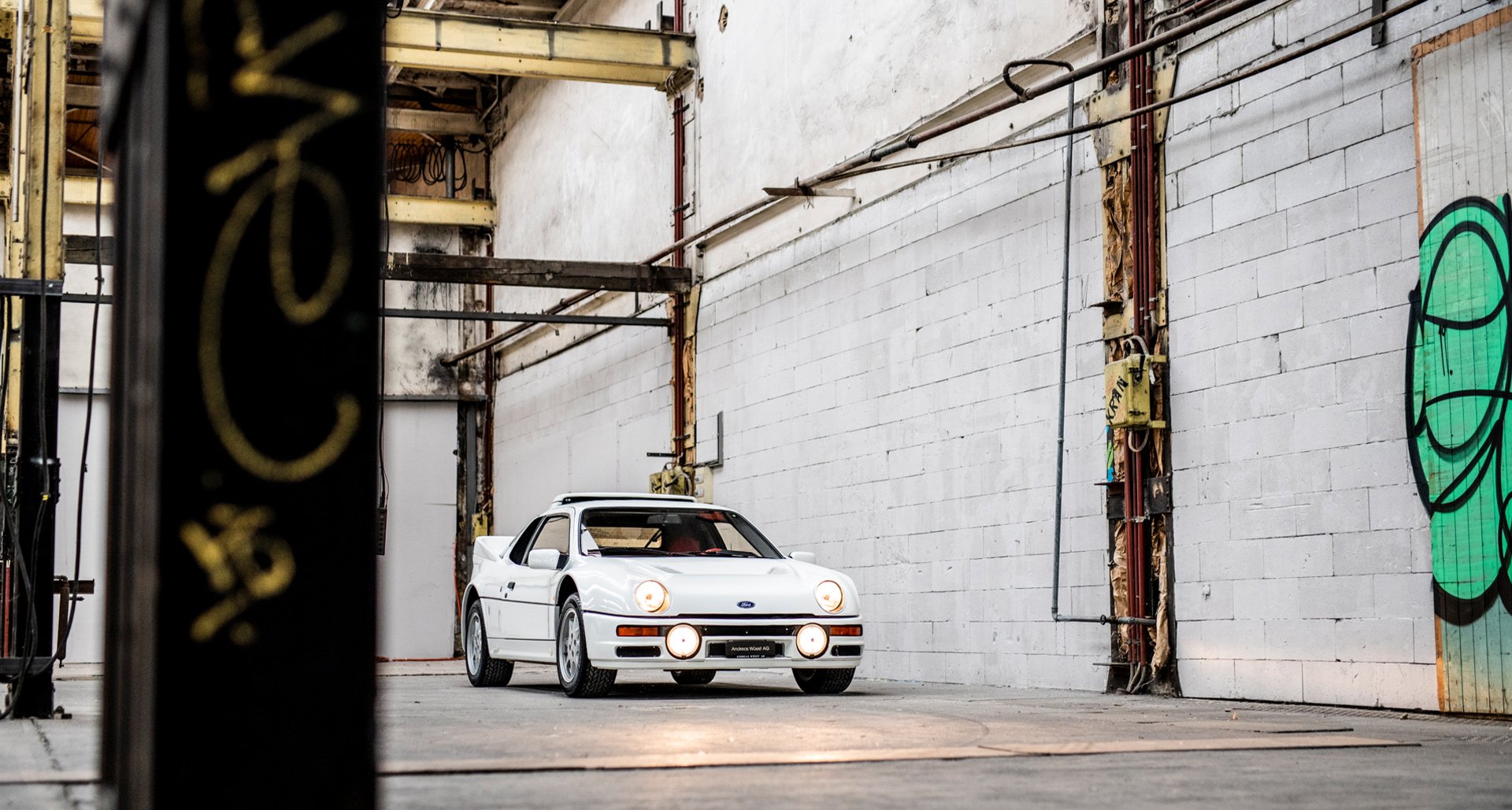 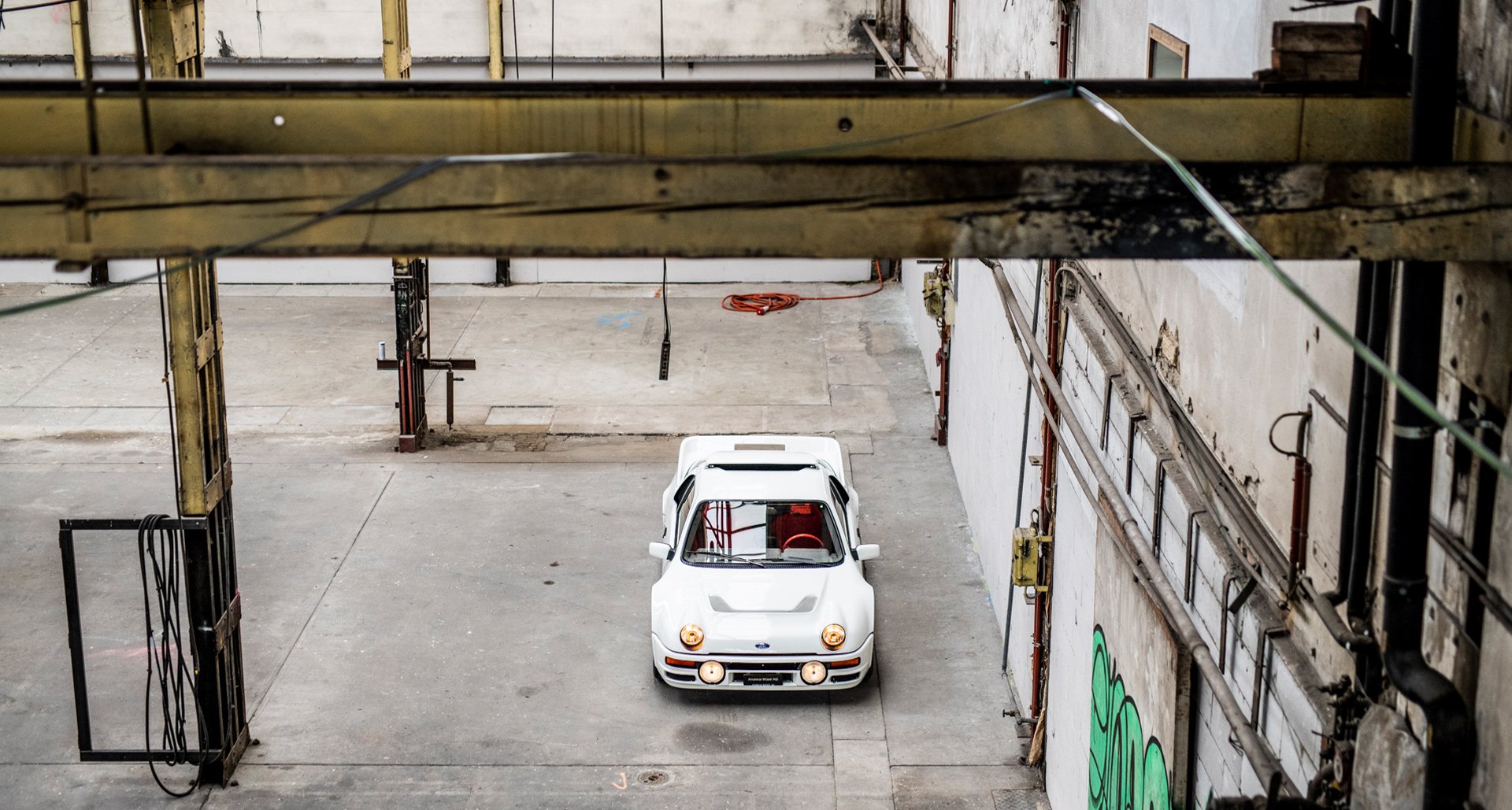 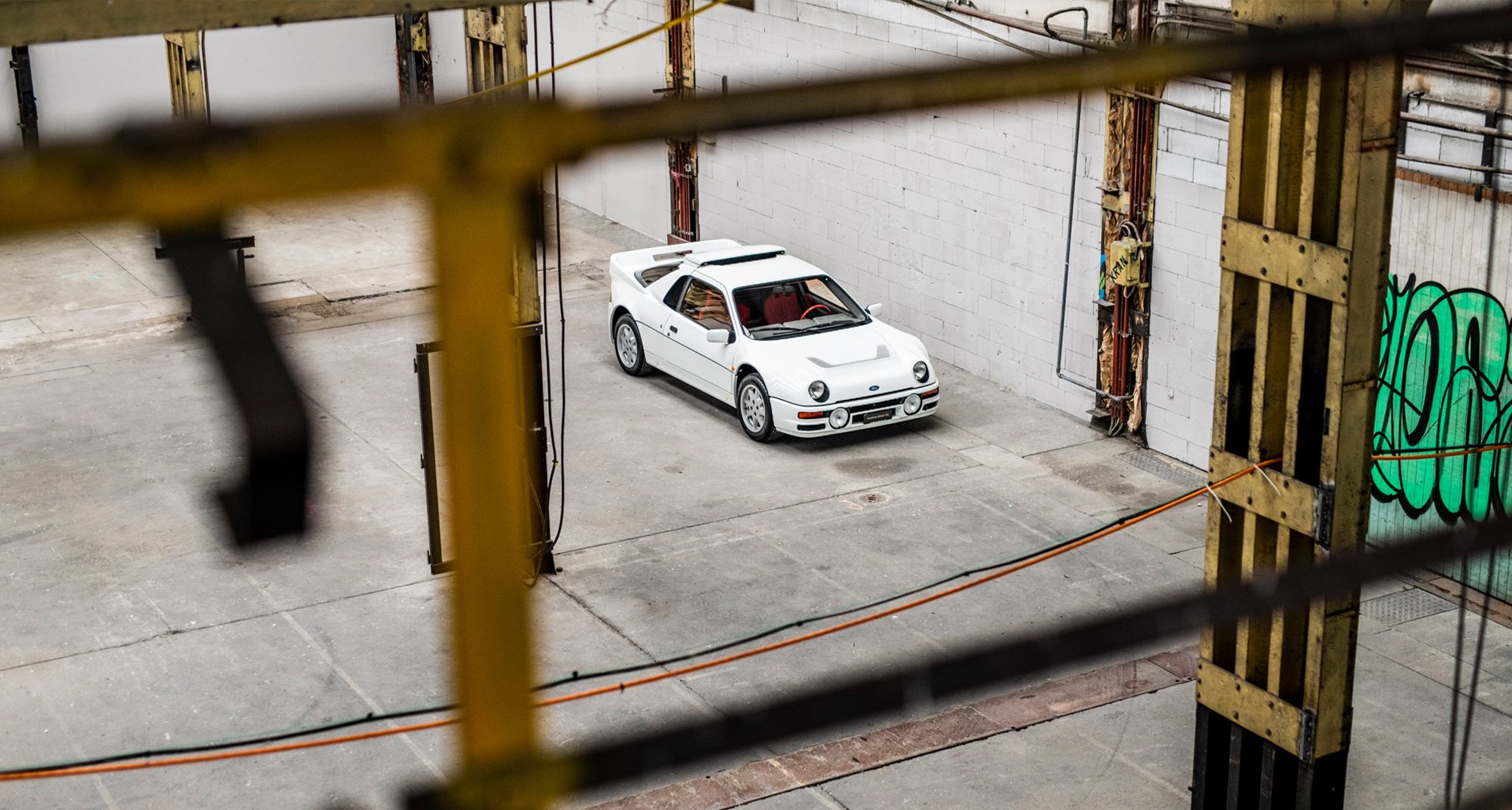 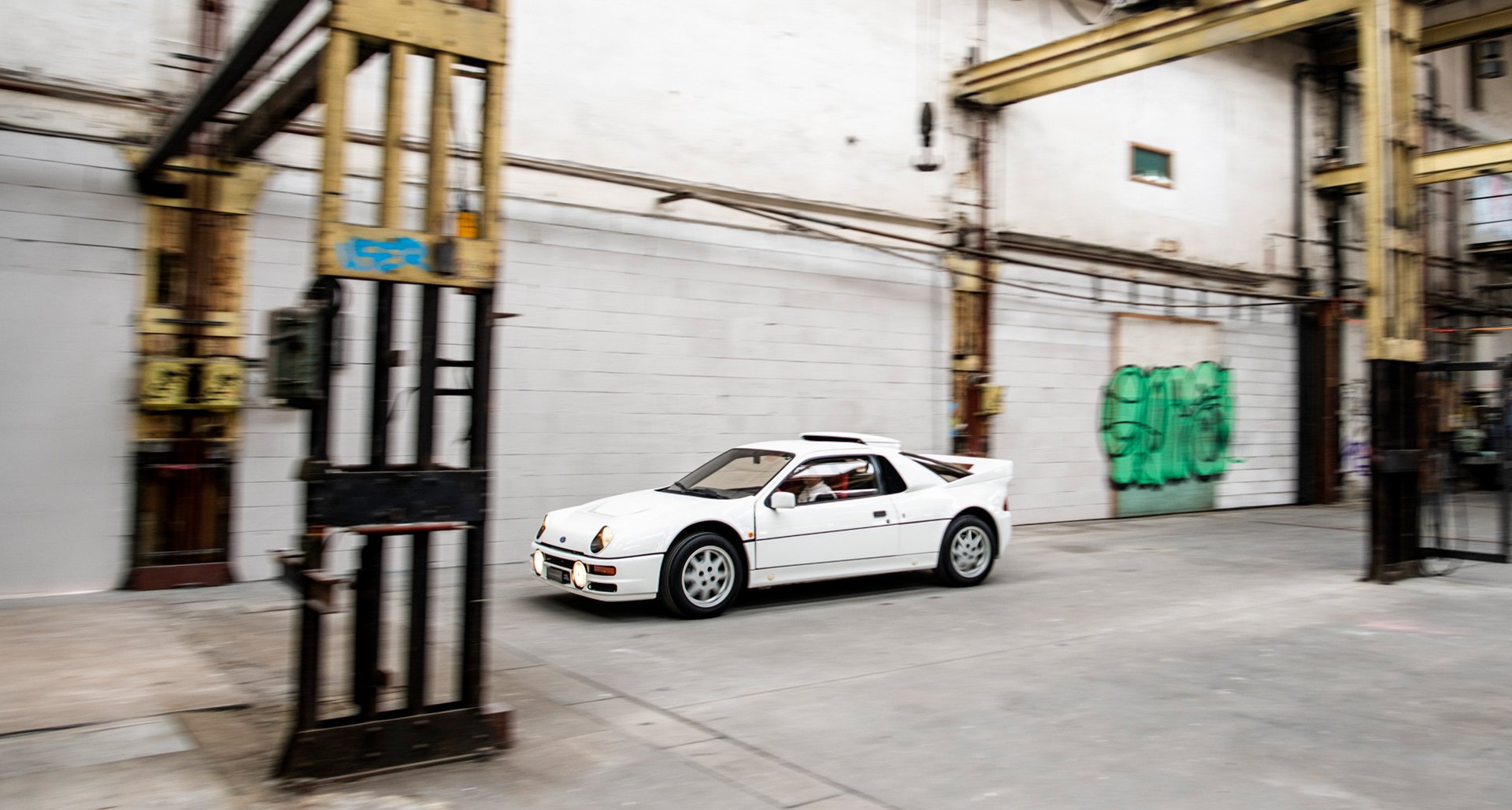 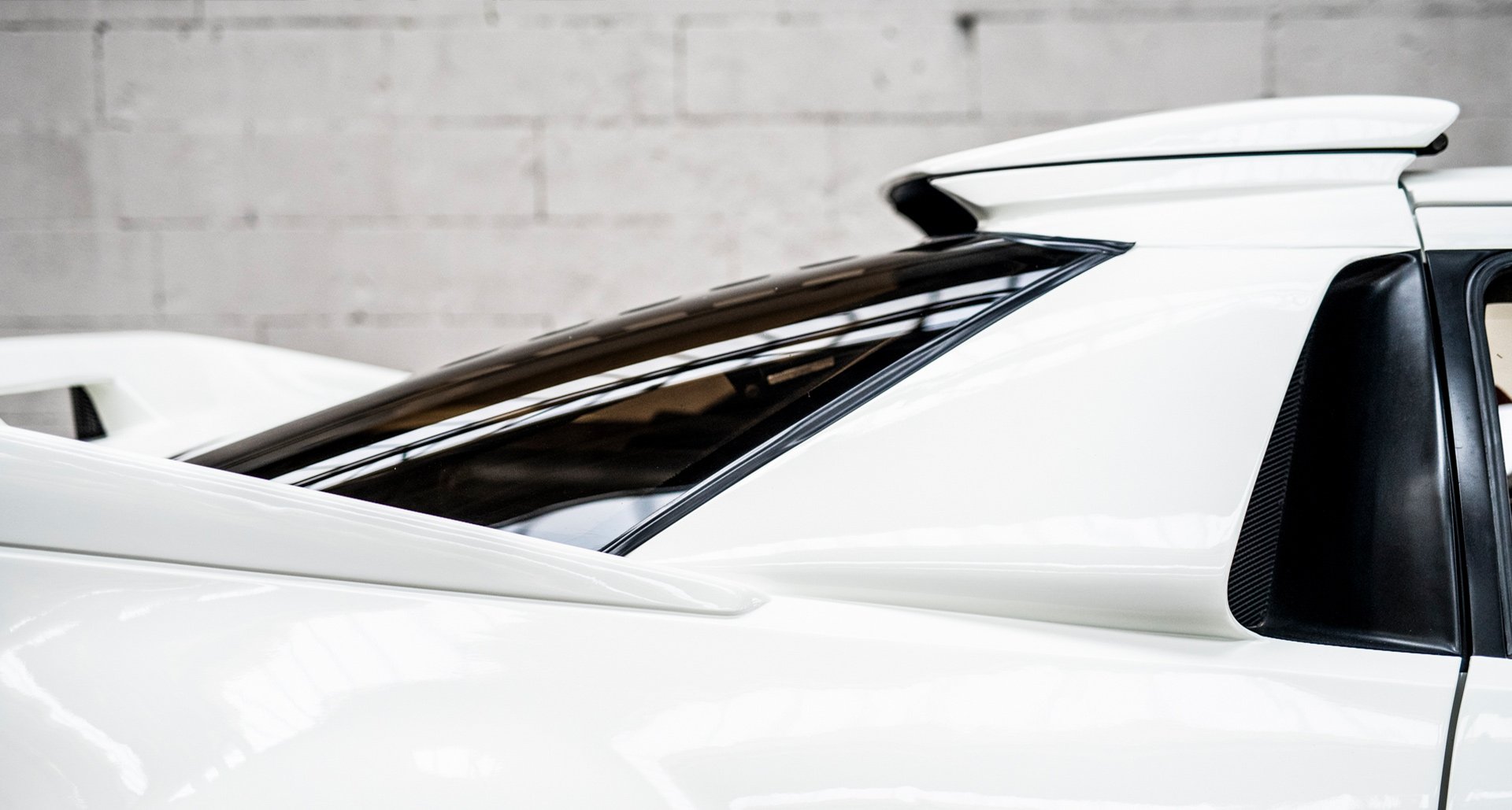 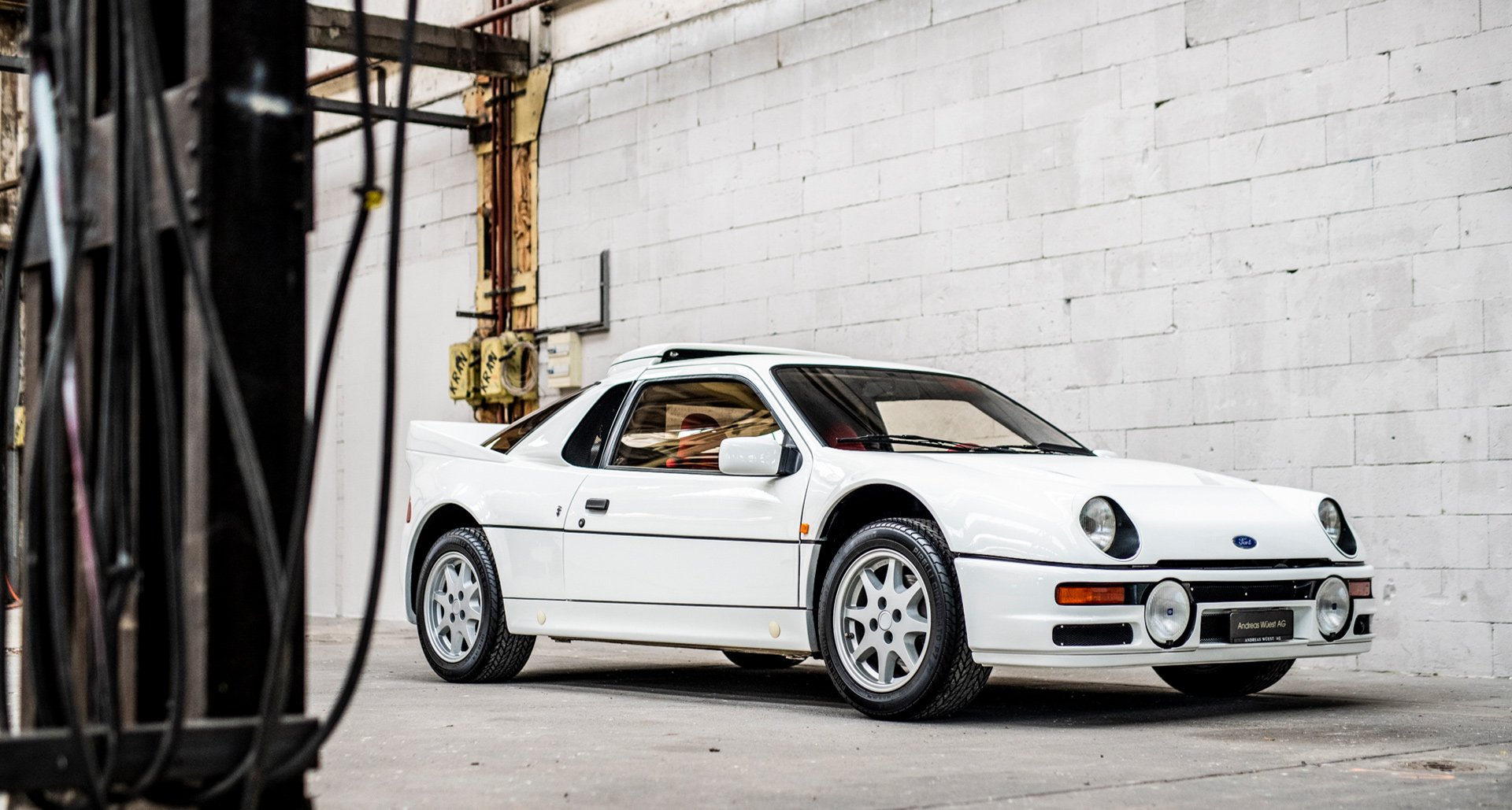 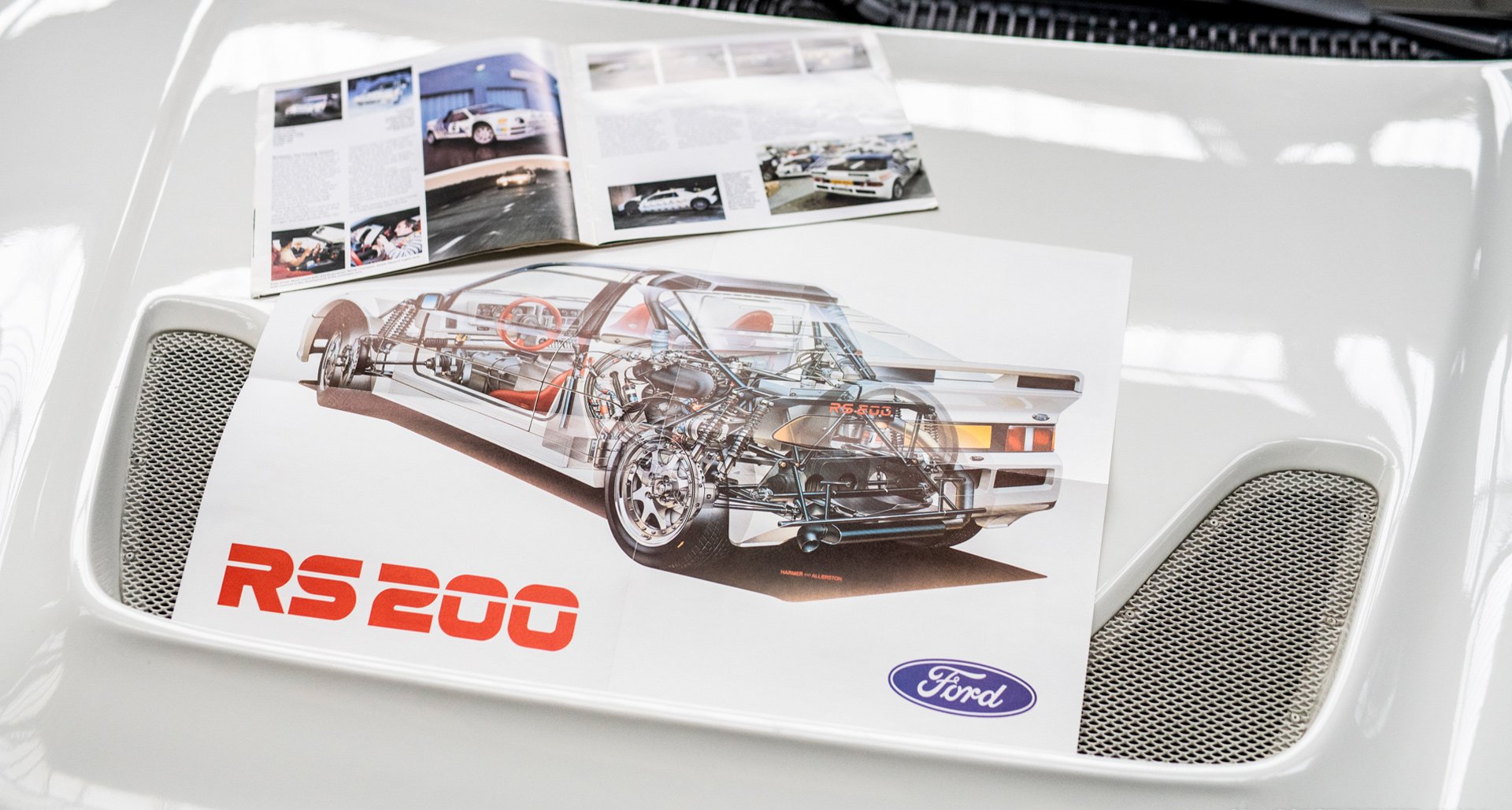 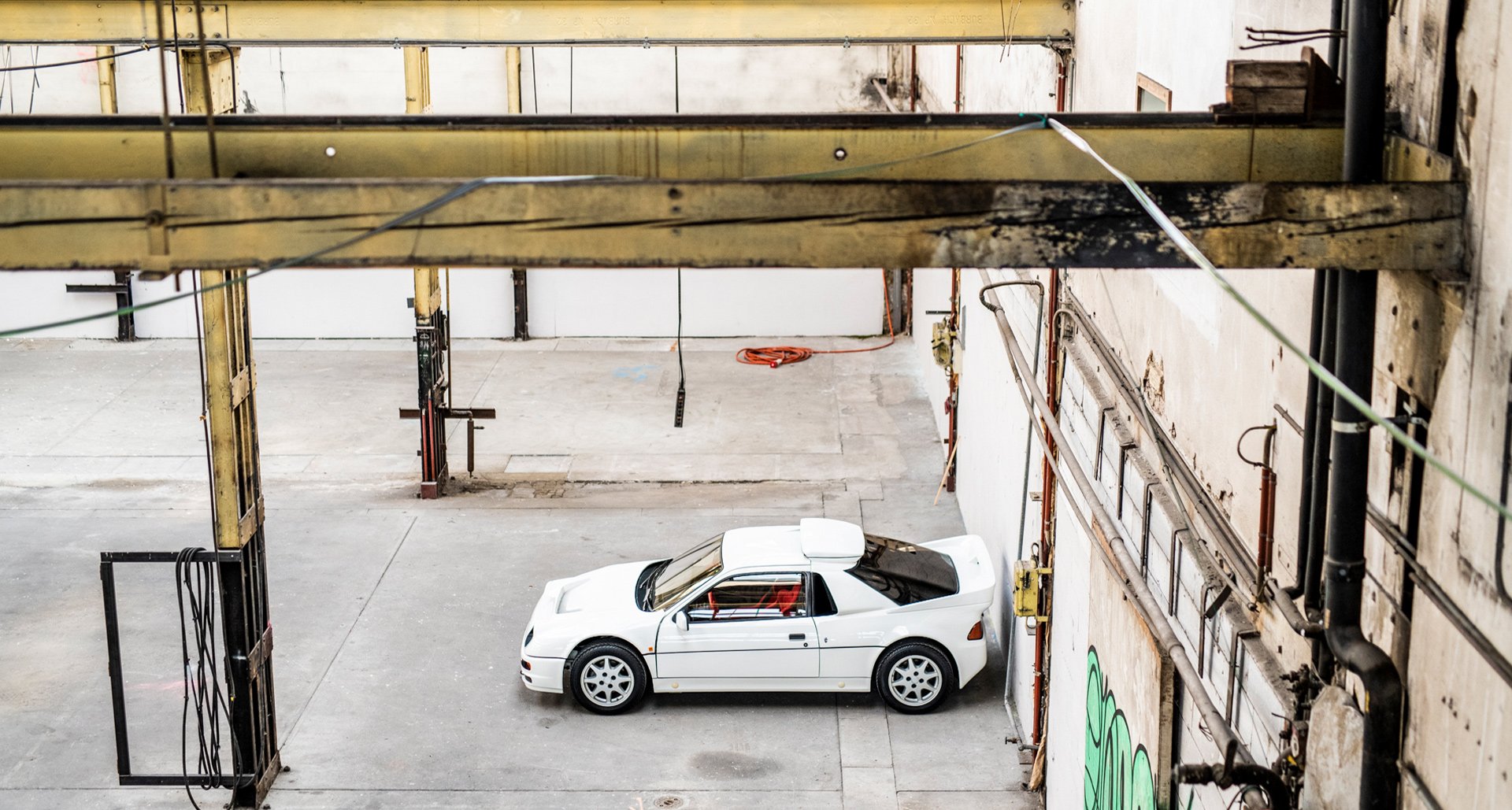 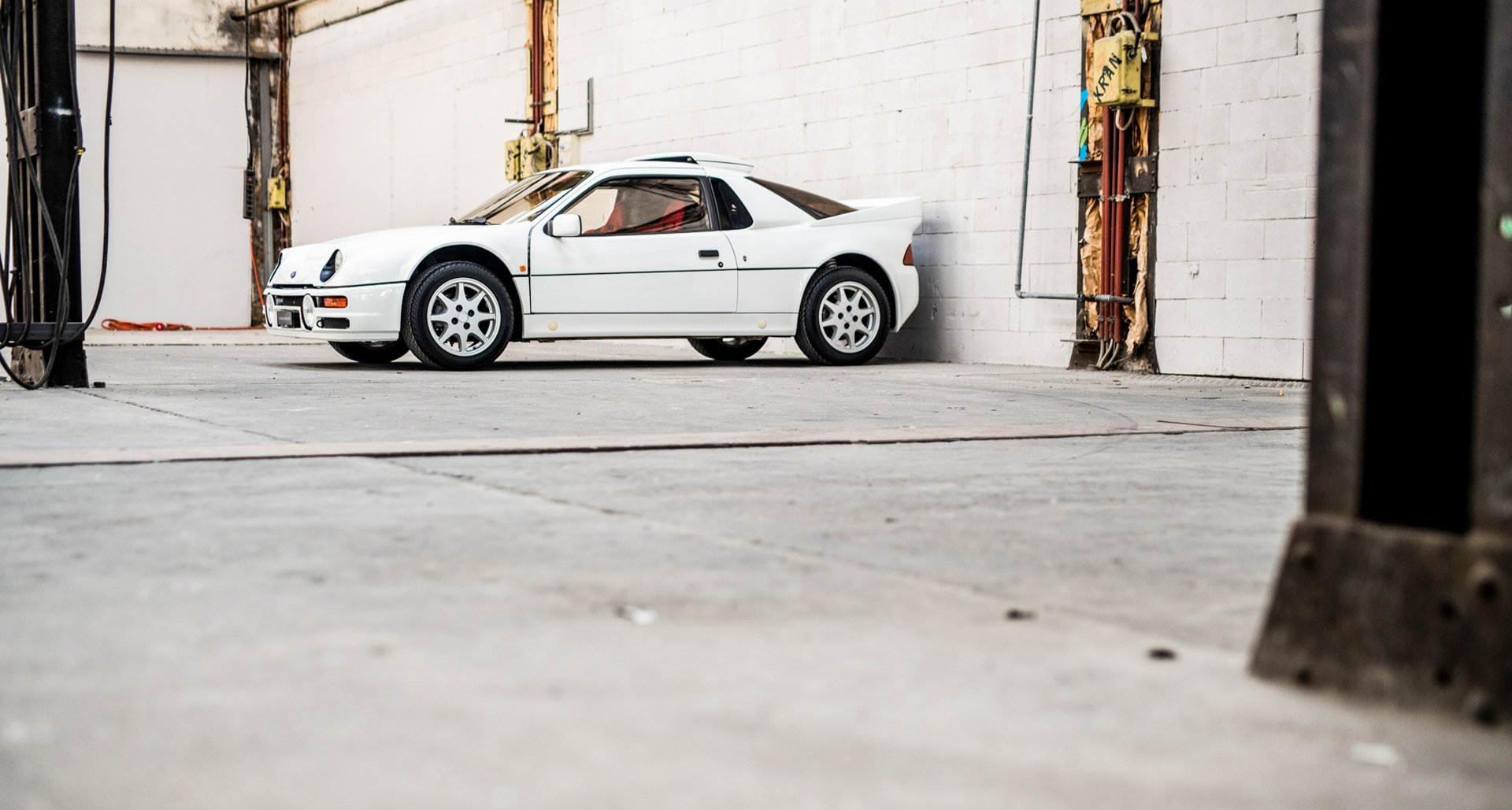 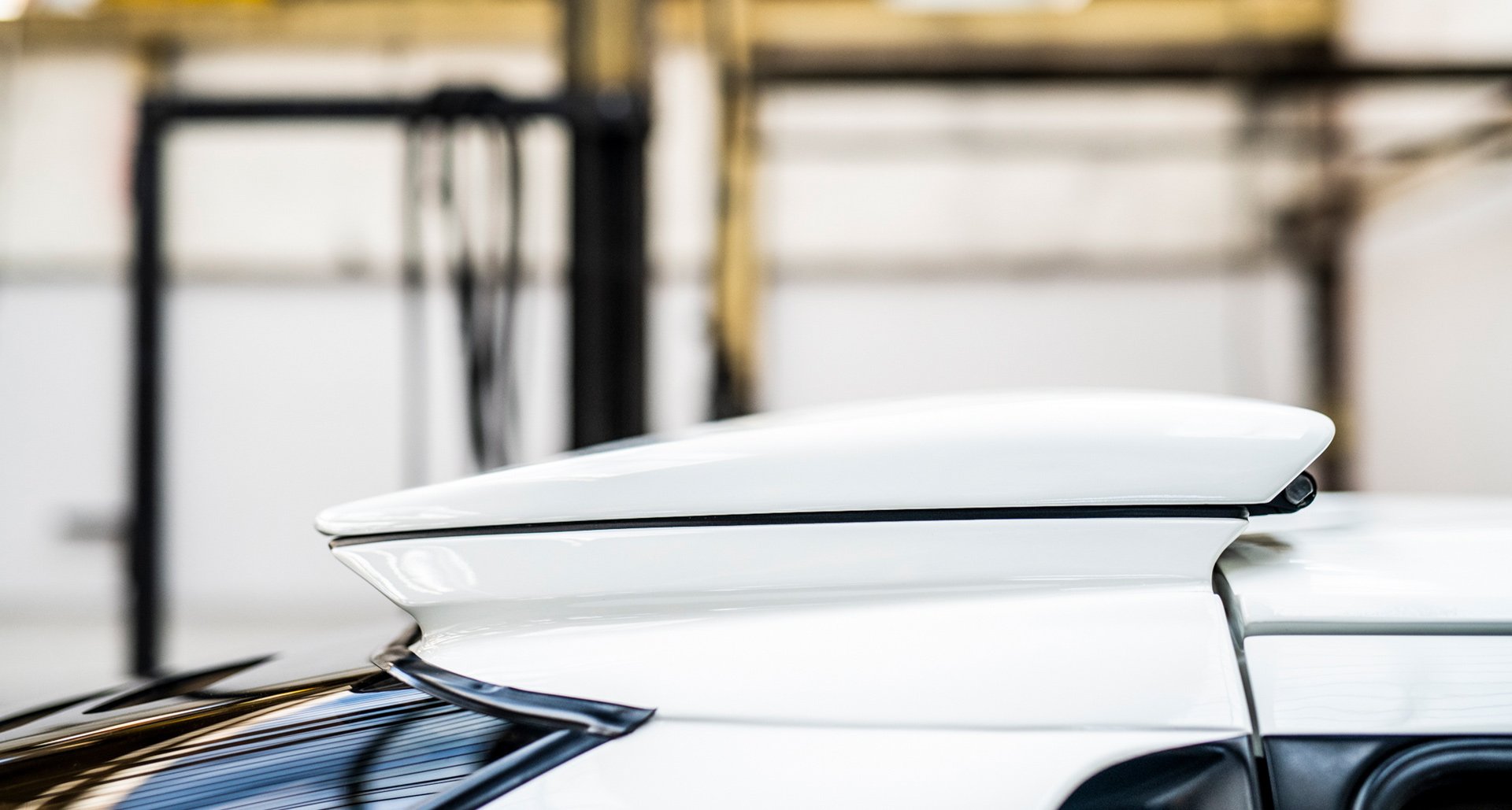 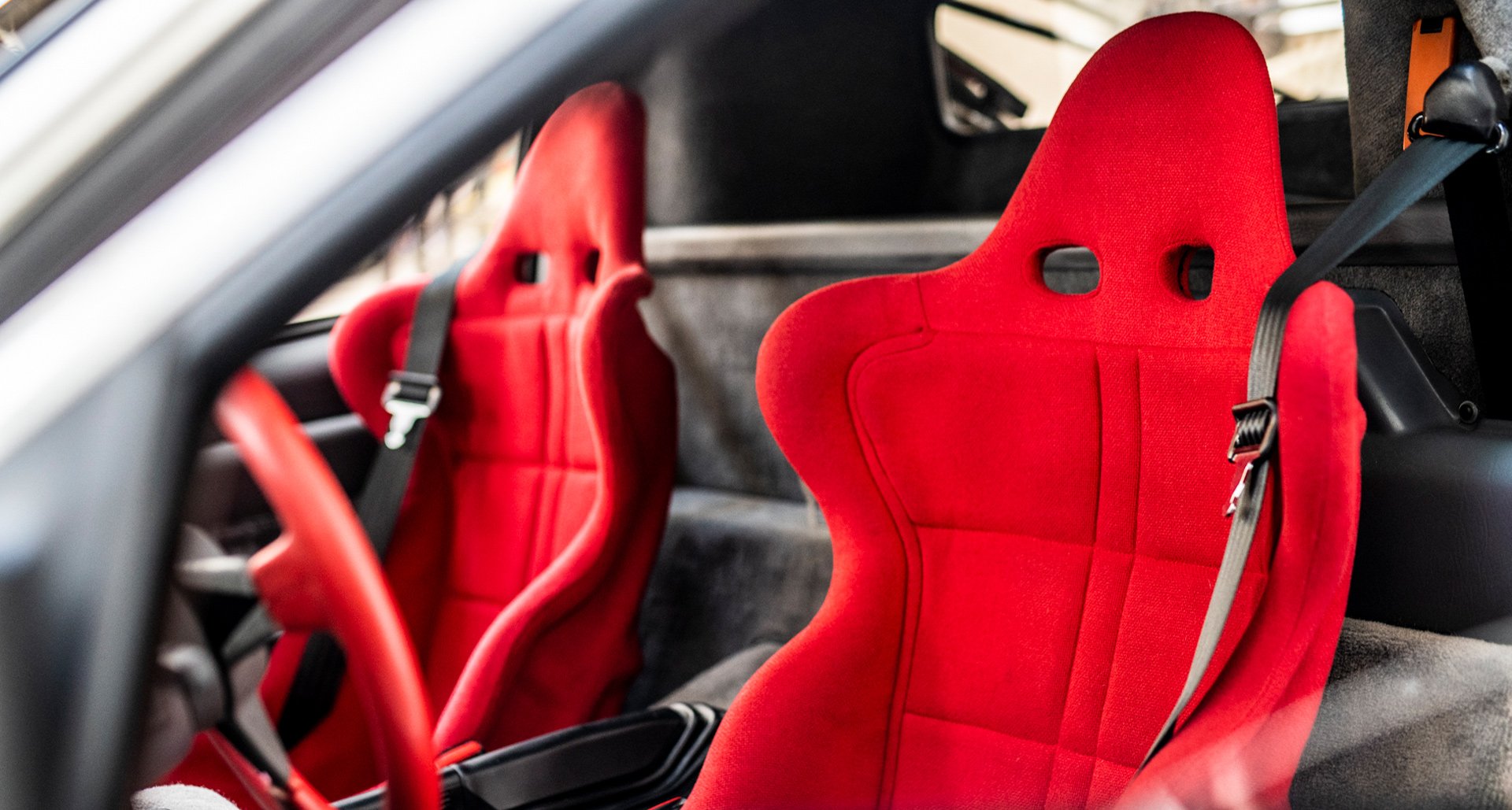 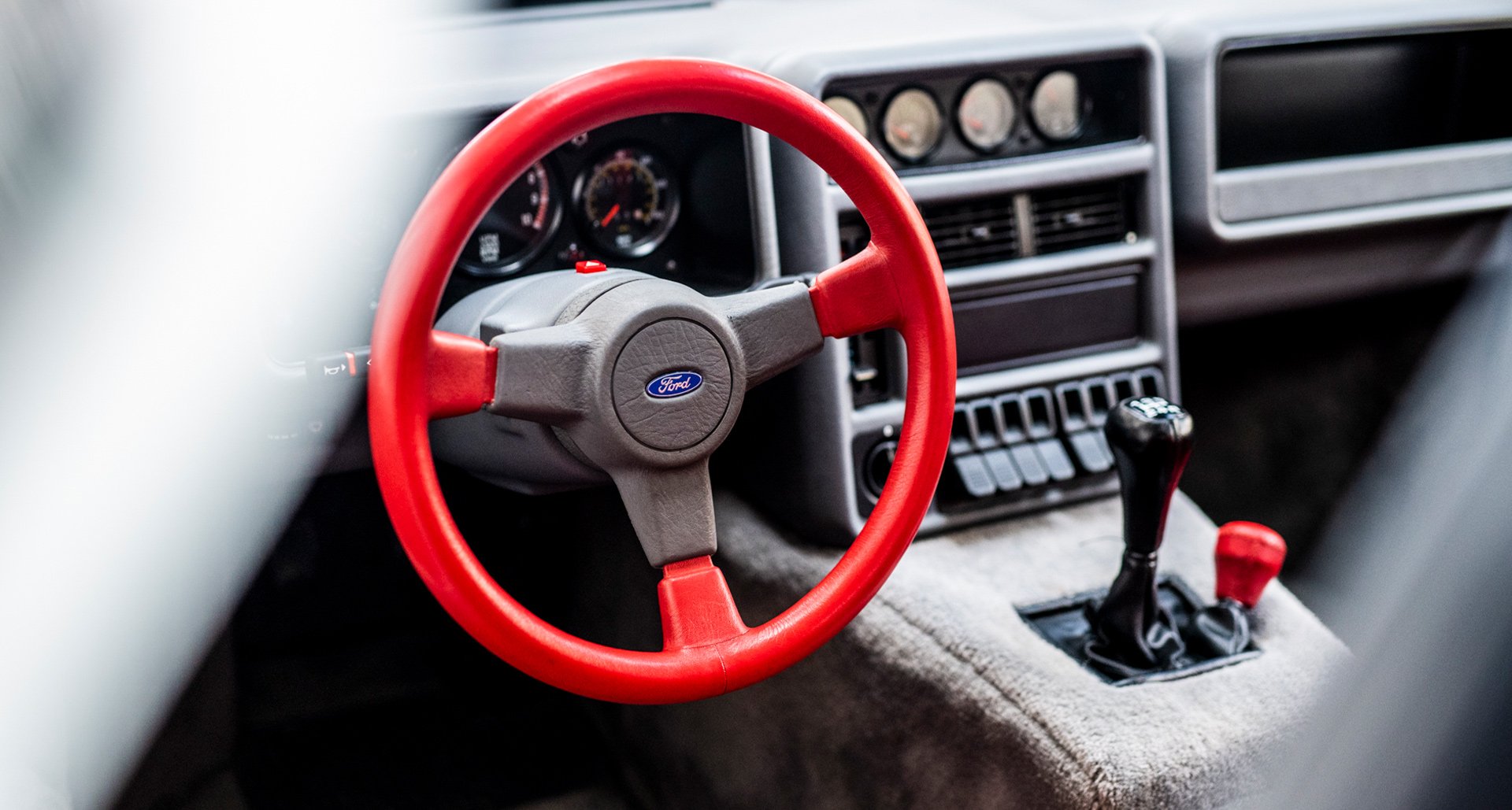 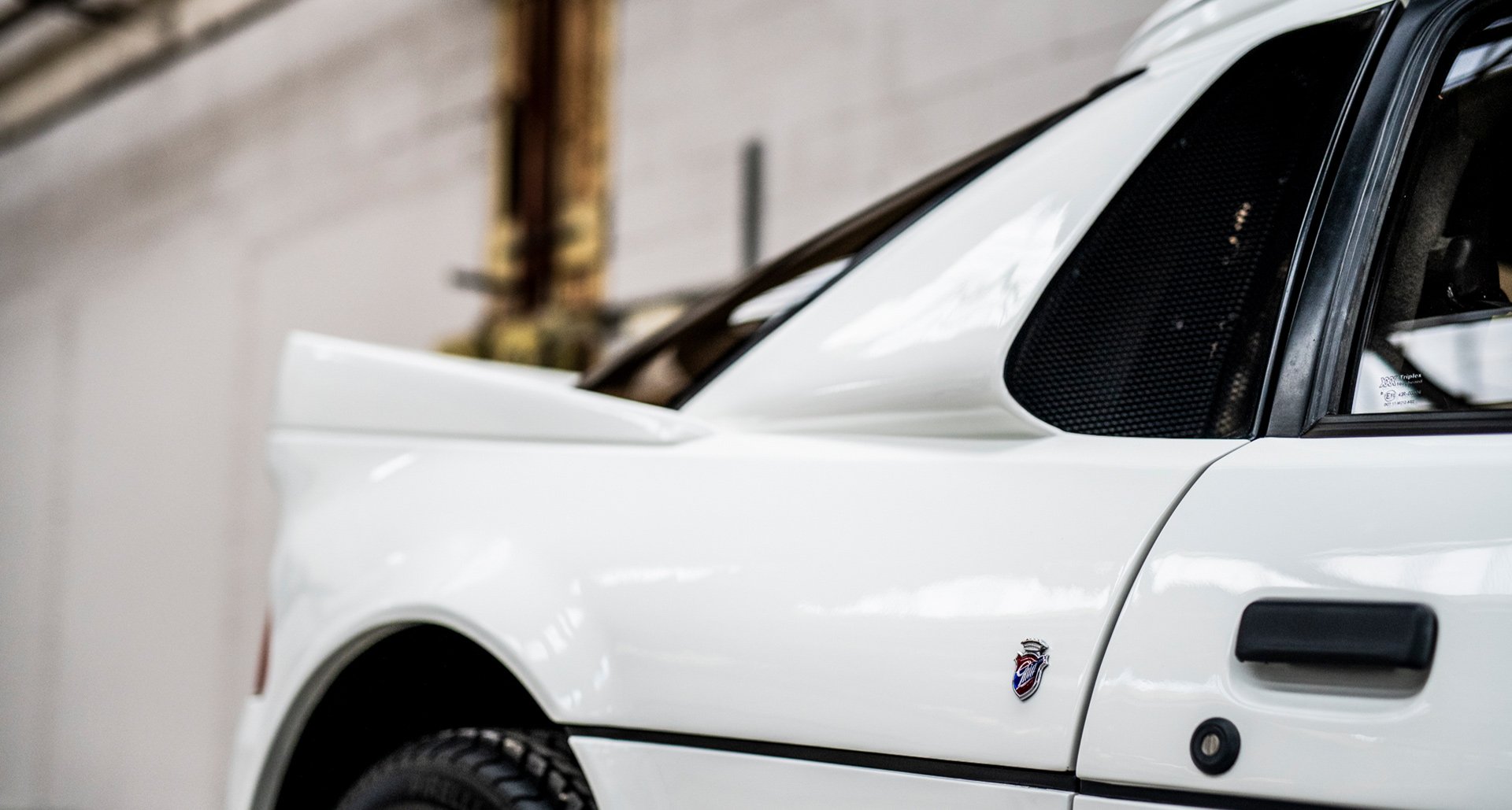