The Monteverdi High Speed
375/4 is a Swiss super sedan. 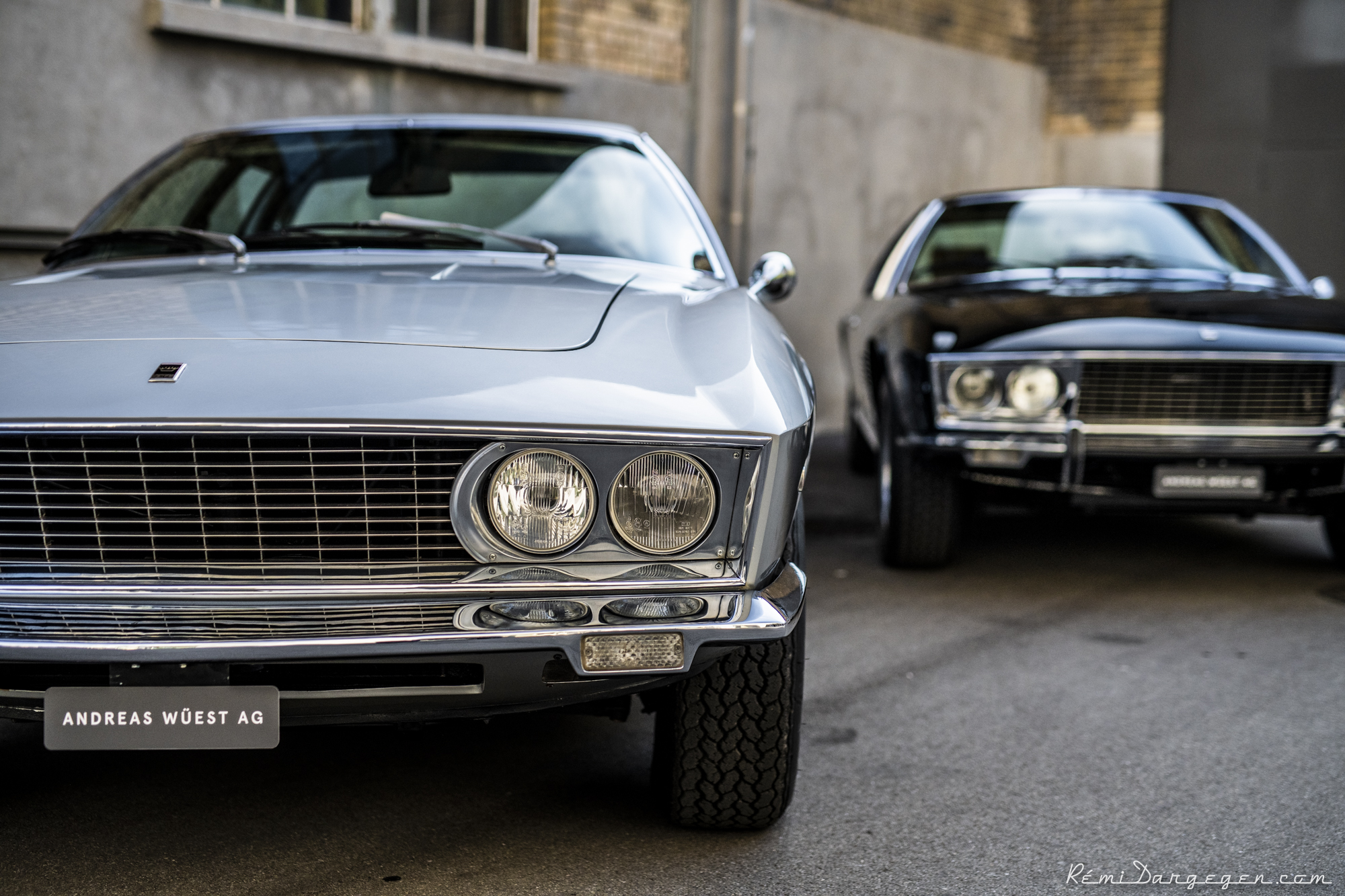 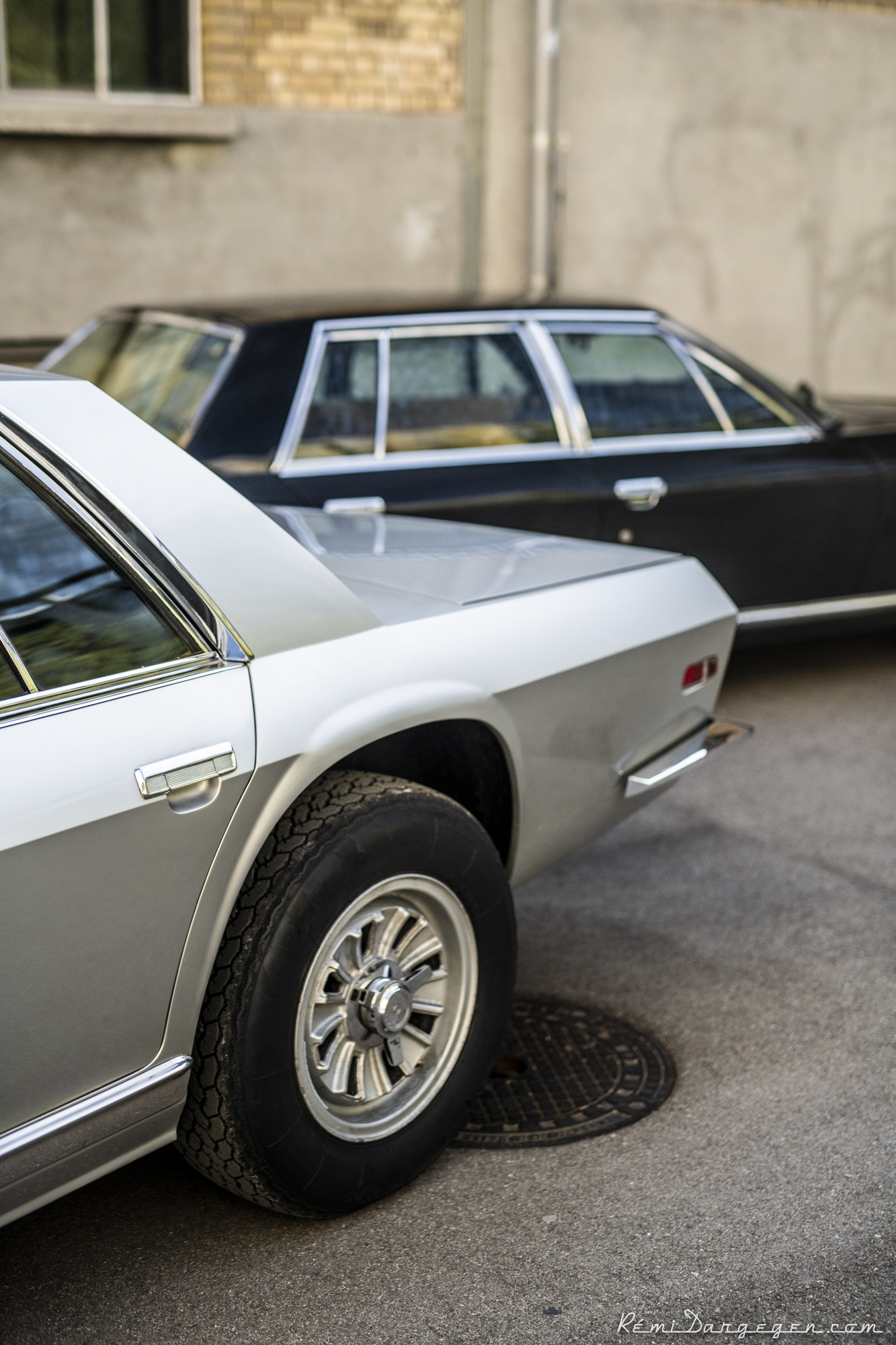 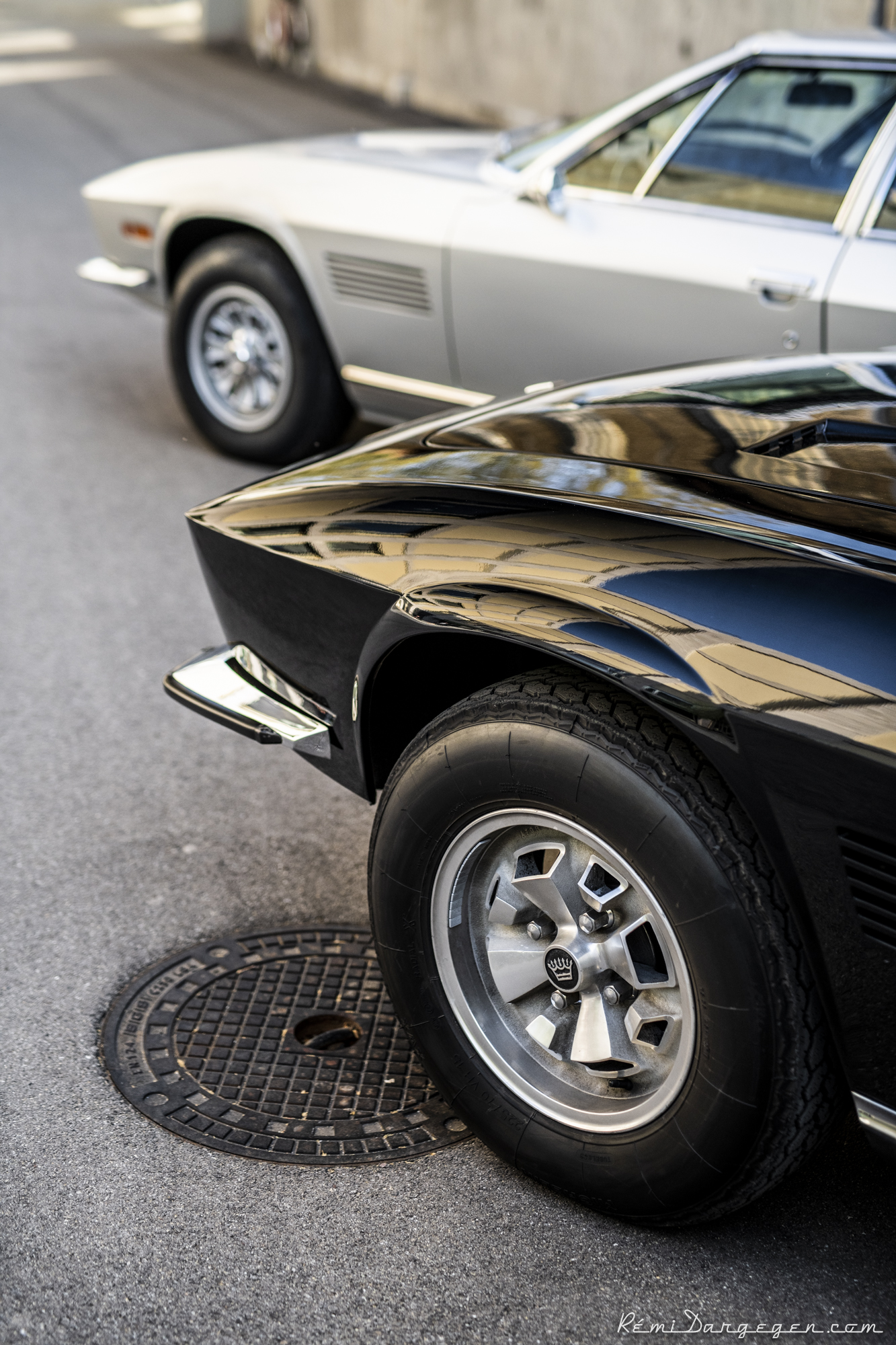 If you were looking for a four-door sports car in the 1970s,
the enormous Monteverdi High Speed 375/4 from
Switzerland was the most extravagant choice. We had a
rendezvous with two of the rare sedans in Zurich – one
previously owned by the charismatic car constructor Peter
Monteverdi himself.
Switzerland is renowned as a guaranteed source of great chocolate, cheese and watches – but when it comes to cars, its output has been less than prolific. After a flurry of activity during the early 20th century that produced fast-fading marques such as the Pic-Pic, the Ajax and the Martini (definitely a shaker, not a stirrer), the Swiss more or less downed tools on motor manufacturing during the 1930s to re-focus on the crafts for which they were already famous.

In subsequent years, only Enzmann really made much of an impression with its VW-based glassfibre roadsters, produced during the late 1950s and into the 1960s, but then the young Swiss racing driver and garage proprietor Peter Monteverdi (33 at the time) suddenly wowed the crowd at the 1967 Frankfurt Motor Show by pulling the wraps off a two-seat coupe called the Monteverdi High Speed 375S Frua: a beautifully-styled grand tourer that marked the beginning of a bumpy, 15-year ride as Switzerland's most significant car manufacturer.

The '375' designation – based on the claimed 375 horsepower output of the Chrysler 440 Magnum V8 – was soon applied to other models, the 'grandest tourer' of all being the High Speed 375/4, of which Swiss specialist dealer Andreas Wüest provided not just one, but two cars for our photoshoot in Zurich's upcoming Kreis 5 district. In recent decades, both were displayed in the Monteverdi Museum in Basel before it closed for good in 2016. The silver car is nothing less than the very first example, chassis number one, while the black car is one of the last built, featuring new wheels, bumbers, a revised interior and the rare optional sunroof.

Although the '/4' refers to its four-door configuration, the car was based on the underpinnings of the two-door 375L 2+2 , with a wheelbase stretched by 20.4 inches to provide a luxurious amount of legroom in the back and ample space for any bespoke extras the owner might demand. And the original owner of the silver, Frua-bodied, chassis number one, 1970 car could have demanded anything he wanted – because it was none other than Peter Monteverdi himself.

Monteverdi production numbers are famously difficult to verify (it’s believed something between 28 and 35 375/4s were built) and the story behind this silver car goes some way to explaining why. After the marque ceased series production in 1973, all future Monteverdis were built to order – but Monteverdi (the man) put his own chassis number one car on show in more than one paint scheme in order to give the impression that several examples were available. The silver finish it wears now is the original colour, but it was once black, too. Such a practice might be regarded as underhand in the case of a major manufacturer, but it somehow adds to the charm of Monteverdi's gallant David versus Goliath battle against the more established names.

Despite that 'boutique' status, Monteverdi made cars that the wealthy really wanted – as evinced by the fact that the majority of 375/4s went to America and the Middle East, with the Qatari royal family being so keen on them that several are reported to still be used for royal duties. When new, this one would have cost something in the region of Sfr 80,000 – a reassuringly expensive sum for a car that had its roots in Monteverdi's desire to stick two fingers up at Ferrari.

In 1955 at the young age of 21, Monteverdi had been awarded the Ferrari agency for all of Switzerland bar Bern (where one already existed), but a few years later the famously capricious 'Il Commendatore' demanded that he sign on the dotted line for 100 cars and pay for them up front. Monteverdi said no, and promptly set out to build his own cars that would offer something no Ferrari could: the reliability and performance of a big-block American V8 mated to the ease and luxury of an automatic gearbox in a fast but relaxing grand-tourer package. Arguably, the configuration worked best of all in the 375/4 High Speed which, as this car demonstrates, encapsulated everything that was required of a true, continent-crossing gentleman's express.

Undoubtedly one of the fastest four-door saloons of the era (and very possibly THE fastest), the Monteverdi 375/4 measures a majestic 5.3 metres long and 1.8 metres wide, while tipping the scales at a portly 1,940kg. But even being 40 per cent heavier than a contemporary Porsche 911 didn't prevent the mighty Monteverdi from being markedly quicker. If the factory specification is to be believed, the Magnum V8 was capable of thrusting it to 100kph in just 6.9 seconds and on to a top speed of 250kph.

And, the more one looks at the photographs of the two cars in detail, the more one realises what a brilliantly conceived design it was. The sharp angles and vast wheelbase shout luxury, yet the centre-lock wheels and cooling vents cut into the front wings give a hint that this is more high-performance drawing room than wallowing barge. Similarly, the interior is a place of contradictions: the acres of black leather, wide, easy-access doors and sofa-sized rear seat suggest this is a car for long journeys taken slowly – yet the race-style steering wheel, sporting instruments and round-topped, inset shifter for the three-speed TorqueFlite transmission belong to a limo that's clearly made to be driven hard and fast.

In terms of what it set out to achieve, the futuristic Aston Martin Lagonda and Maserati's Quattroporte were the only contemporary four-door cars that could be considered sufficiently exotic to compete against Monteverdi's effort – but neither offered the bullet-proof mechanicals of the Chrysler powerplant, perhaps leaving the Mercedes-Benz 450SEL 6.9 as the most realistic alternative, although its hydraulic suspension made it a rather delicate car.

But with more than 7,000 produced, the Mercedes seems nothing short of common compared to the Monteverdi. And as the one-time personal transport of the man who single-handedly put Switzerland on the map as a maker of fast and exciting cars, this example must be the most special one out there. While Peter Monteverdi's personal silver car has already found a new owner, the black late-production example from our photoshoot is still up for grabs with Andreas Wüest. All it needs now is a new owner and three willing passengers who fancy stretching its legs on a trans-continental tour. A High Speed one, of course... 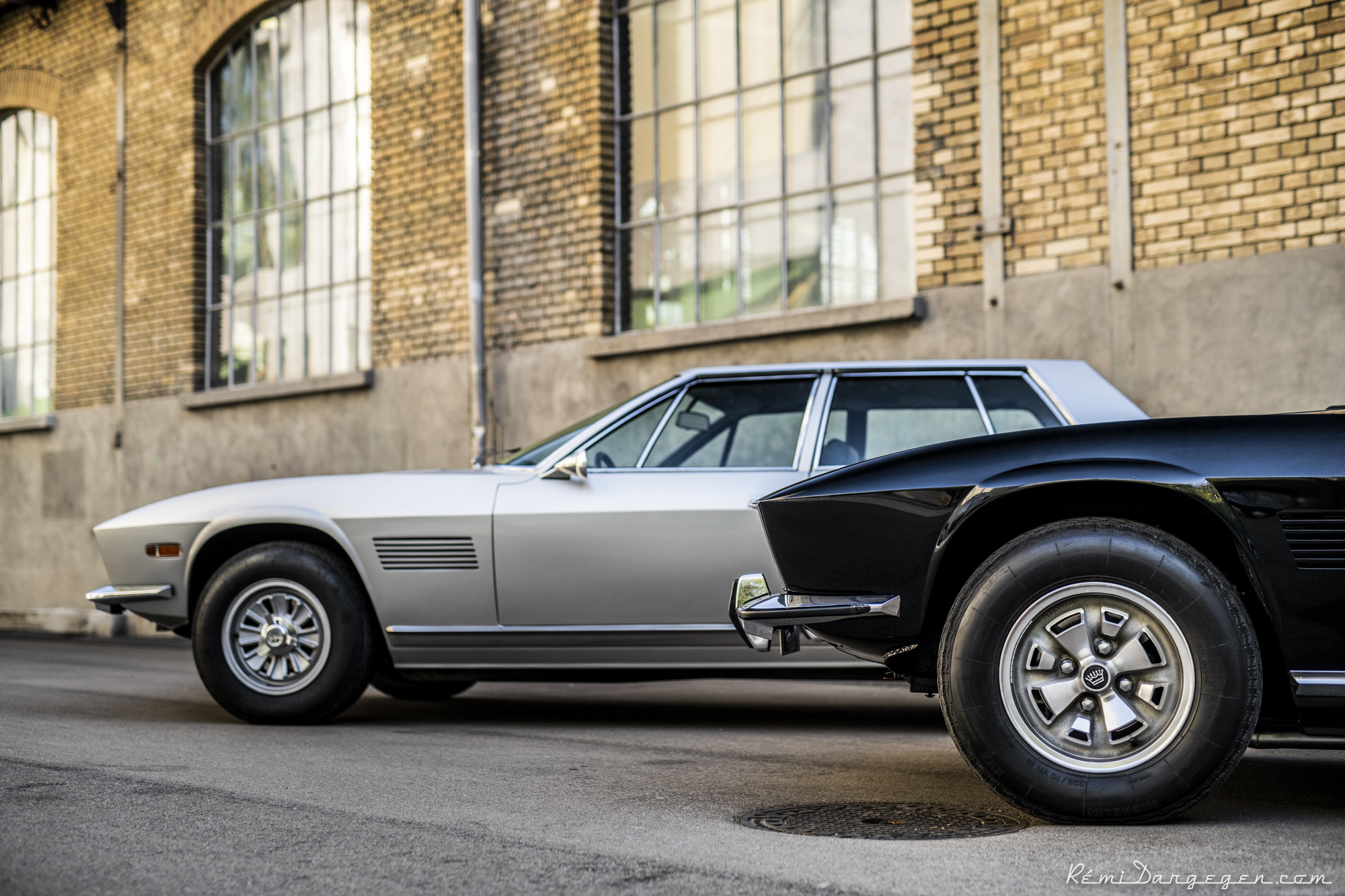 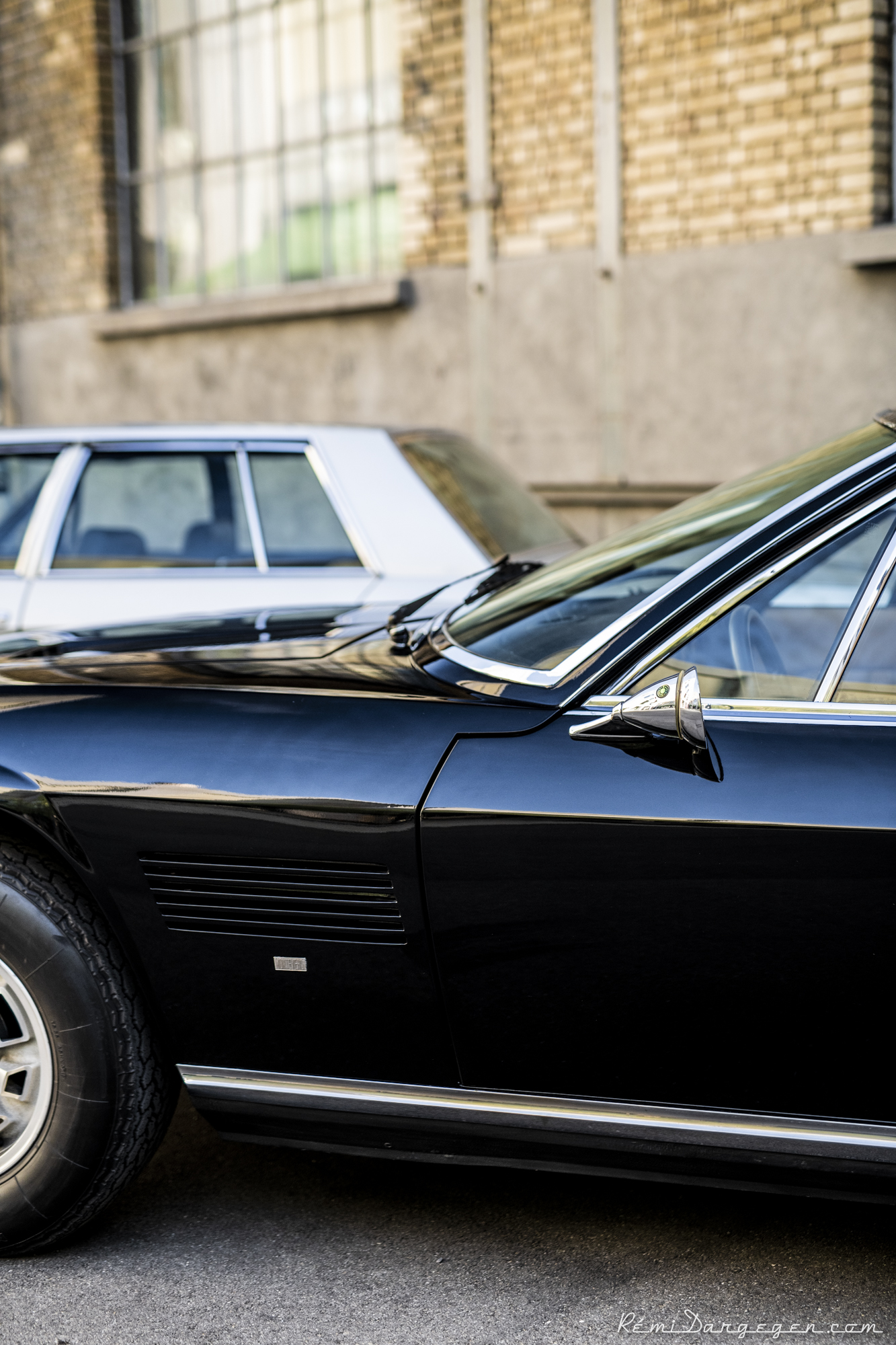 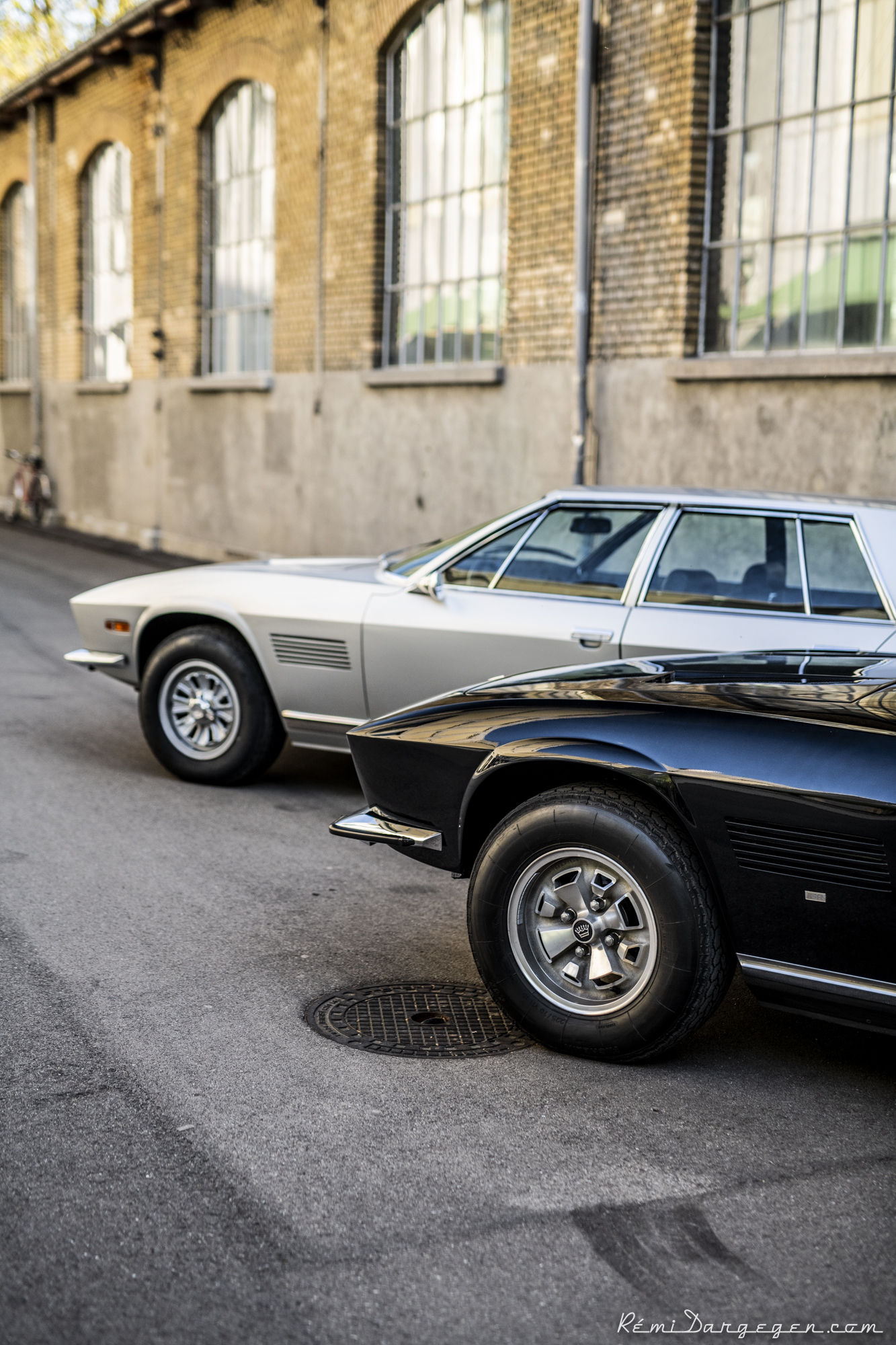 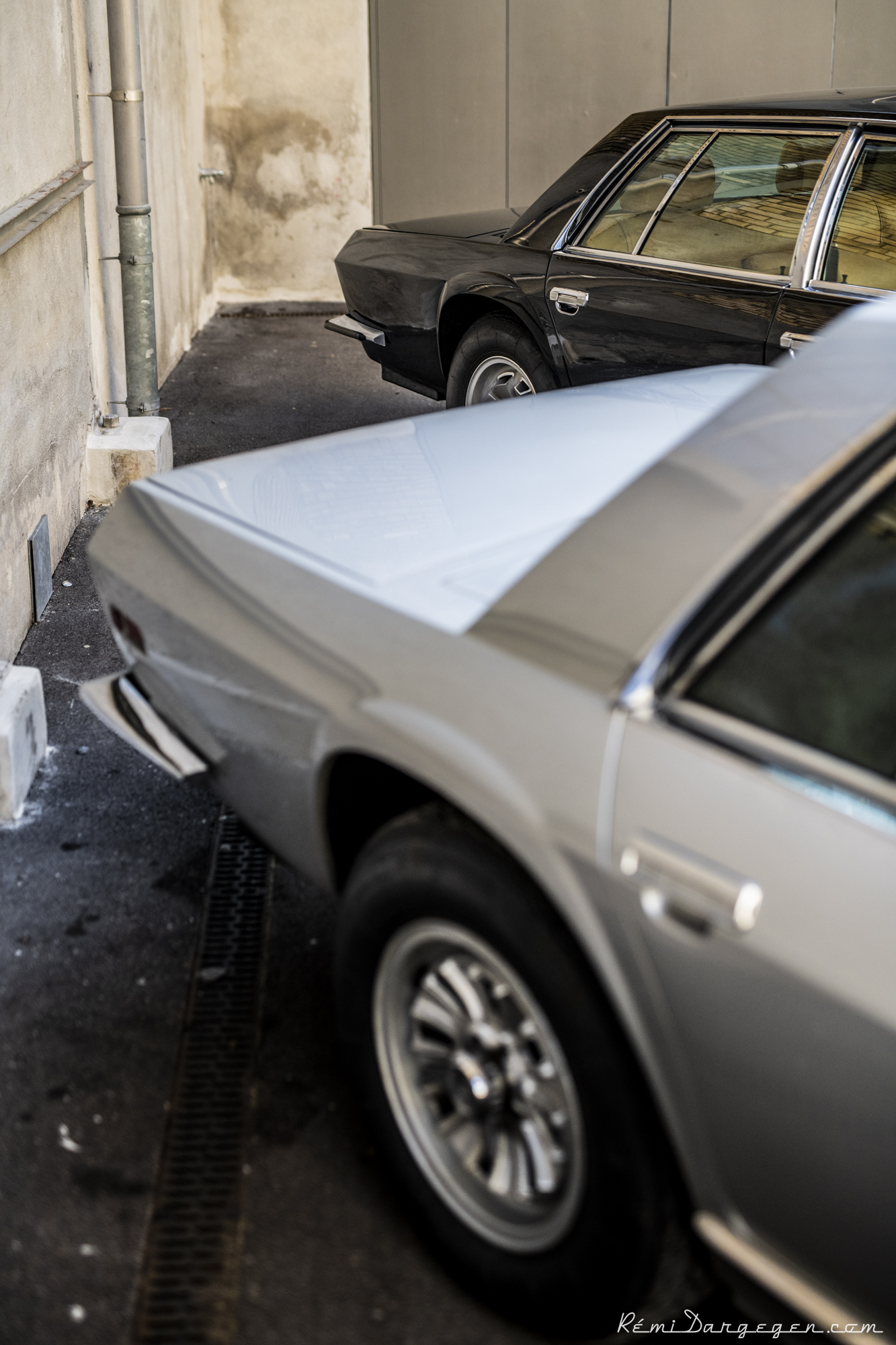 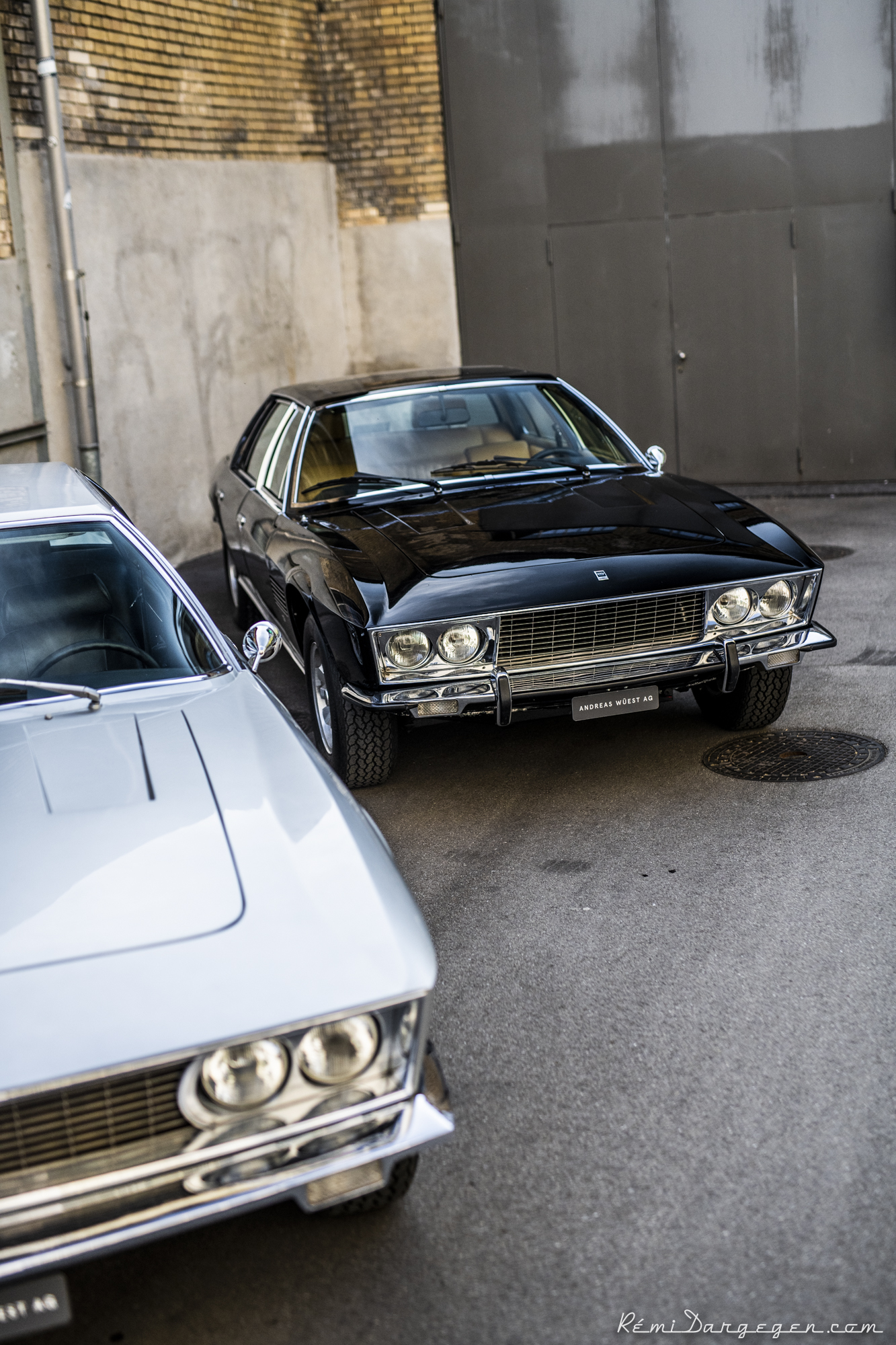 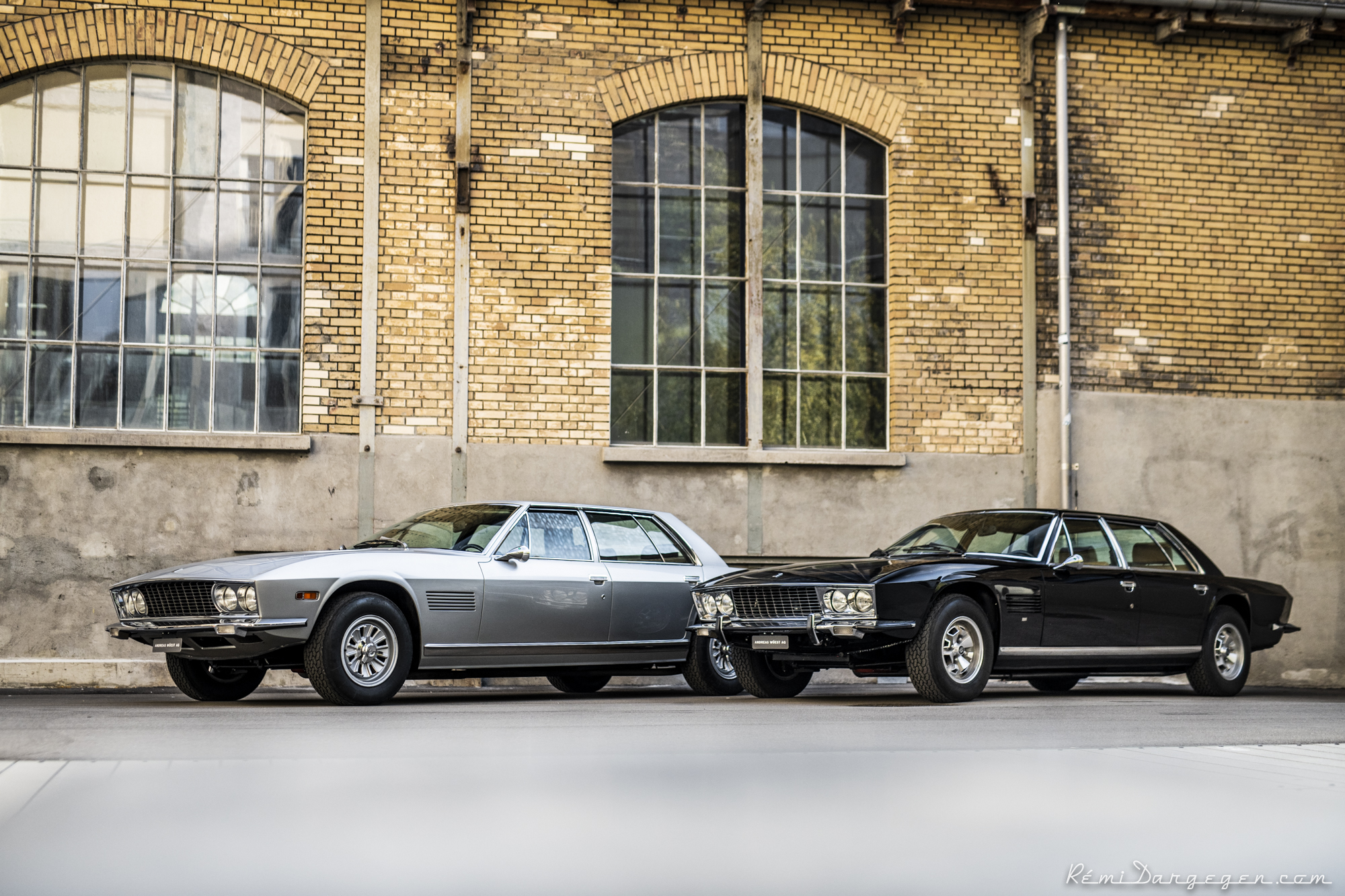 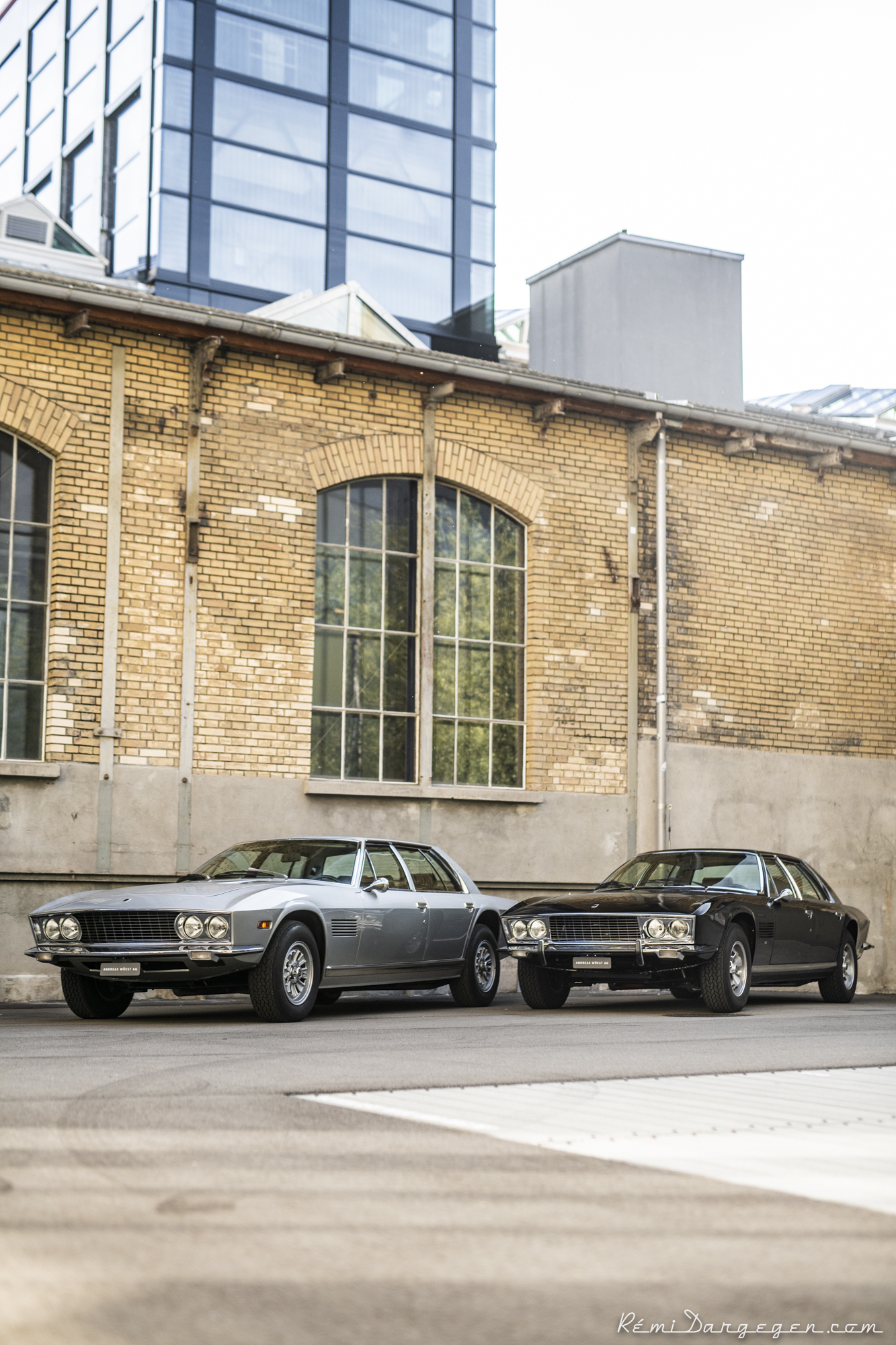 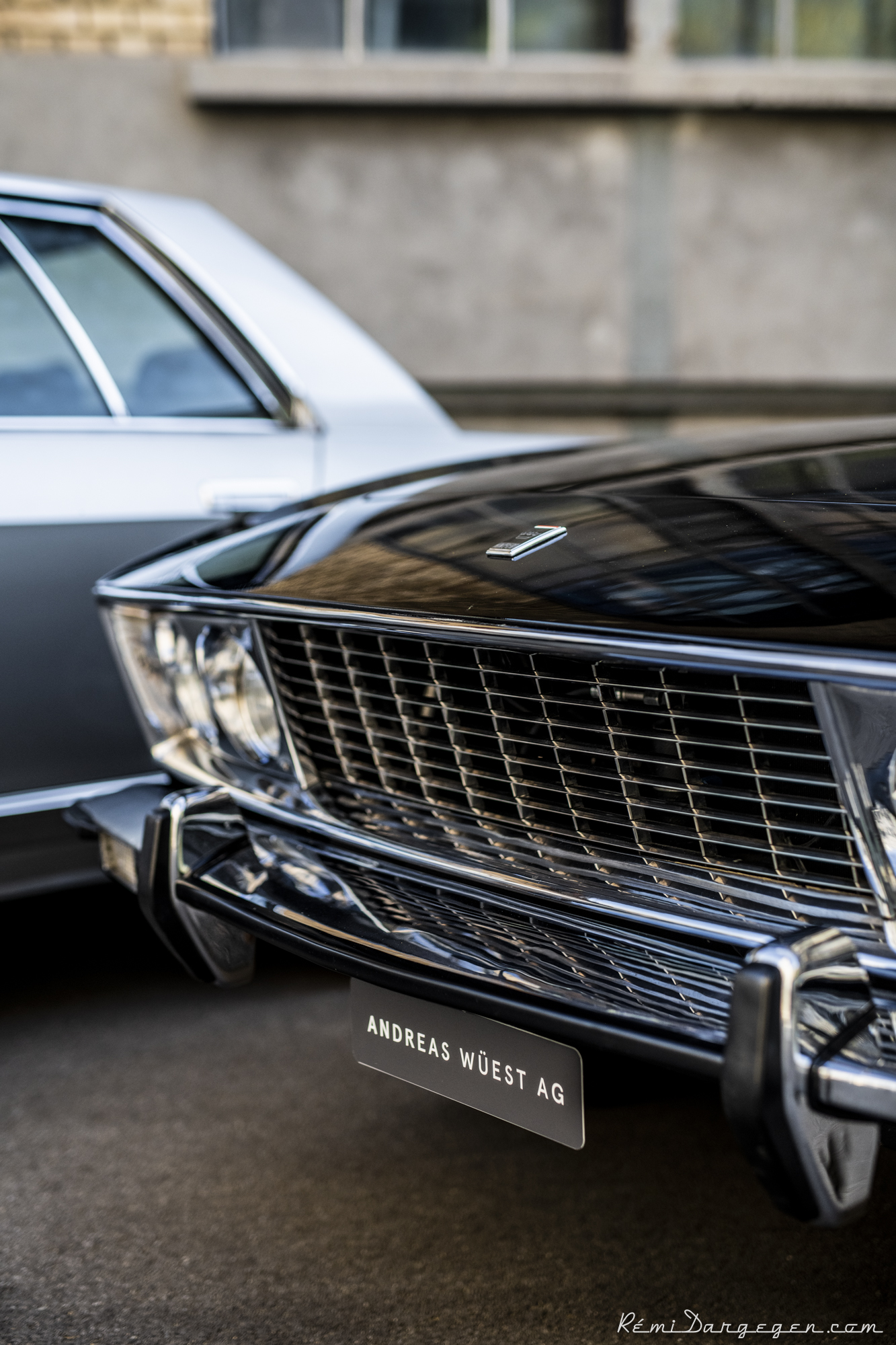 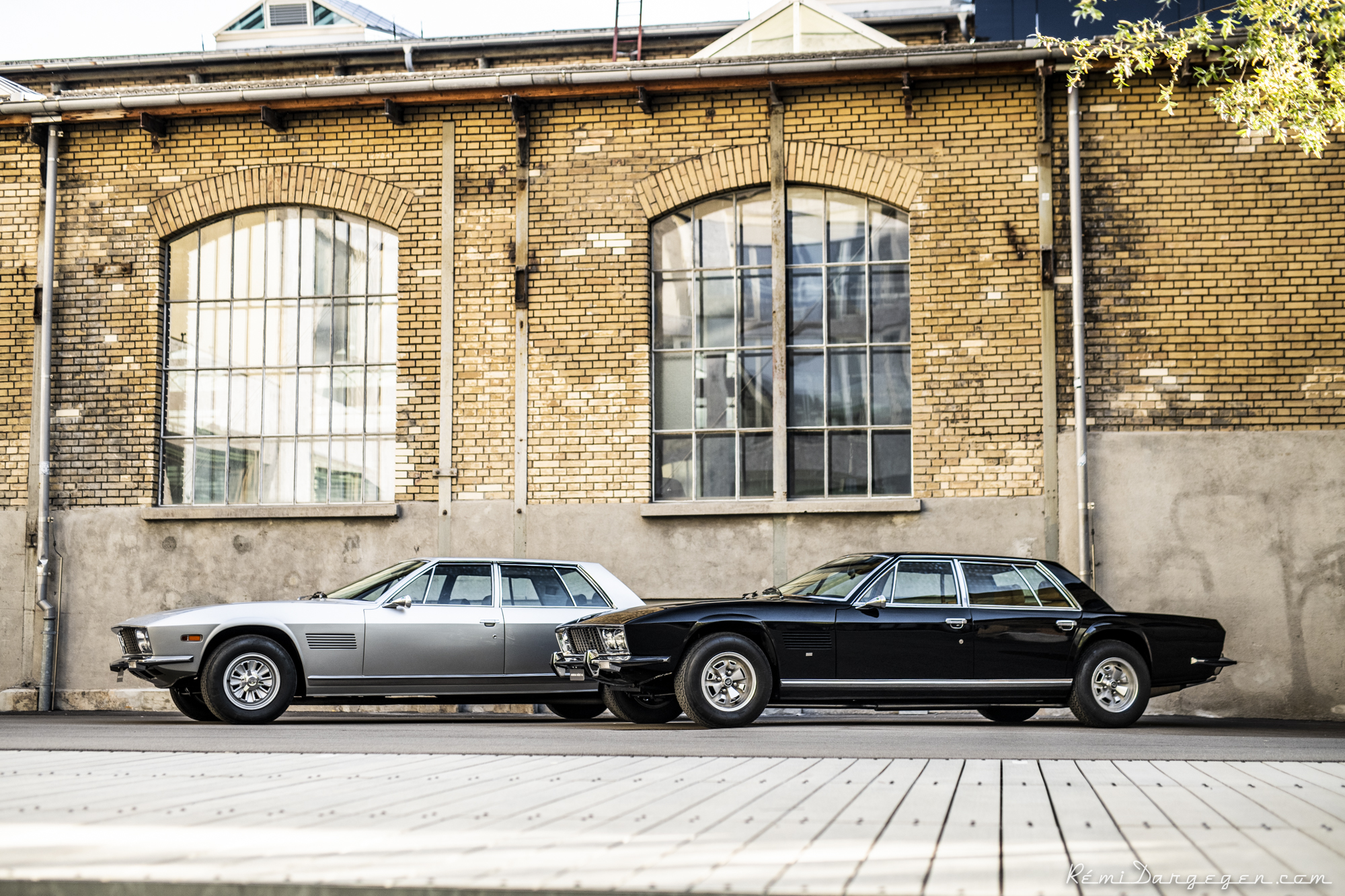 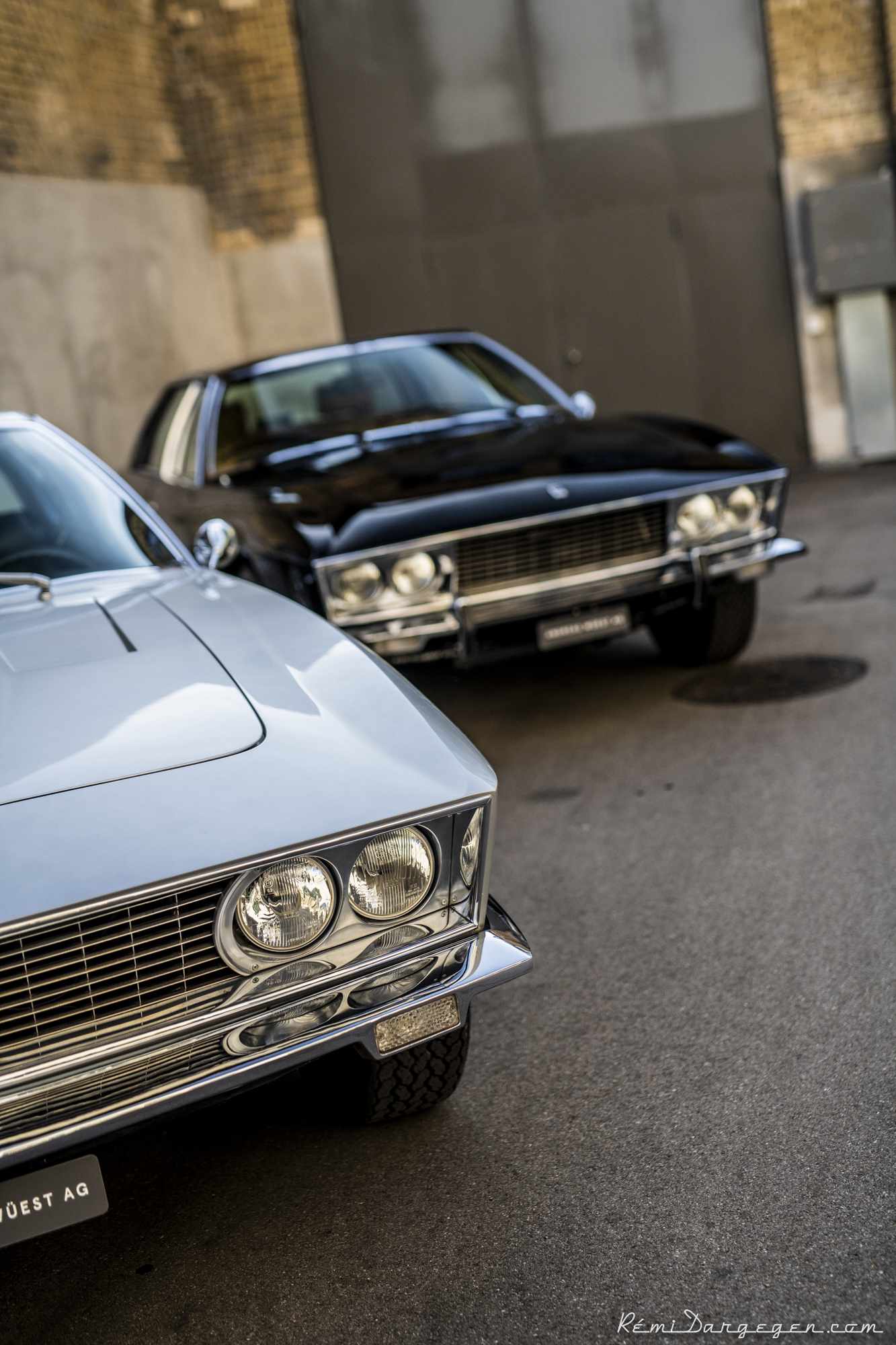 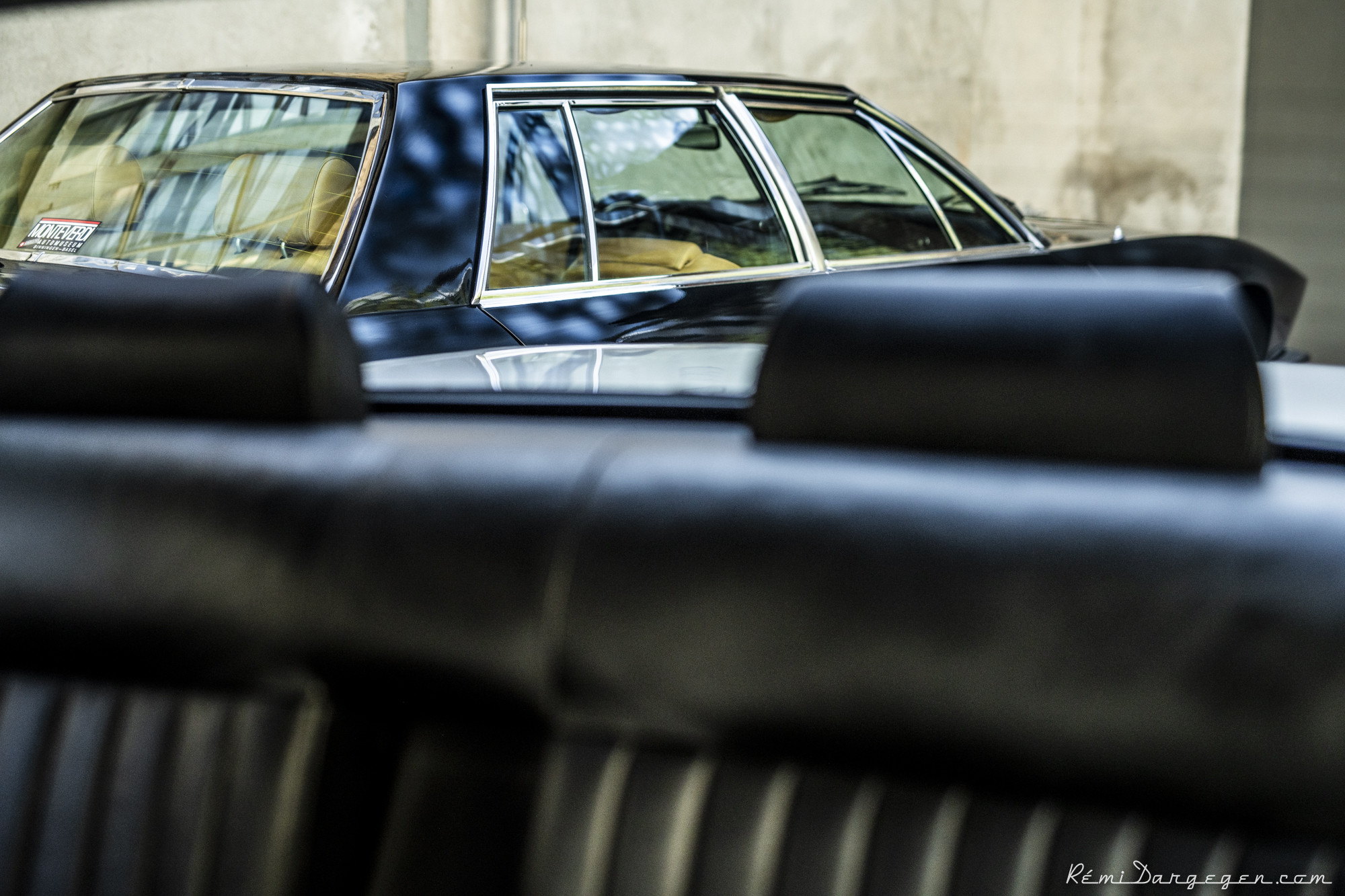 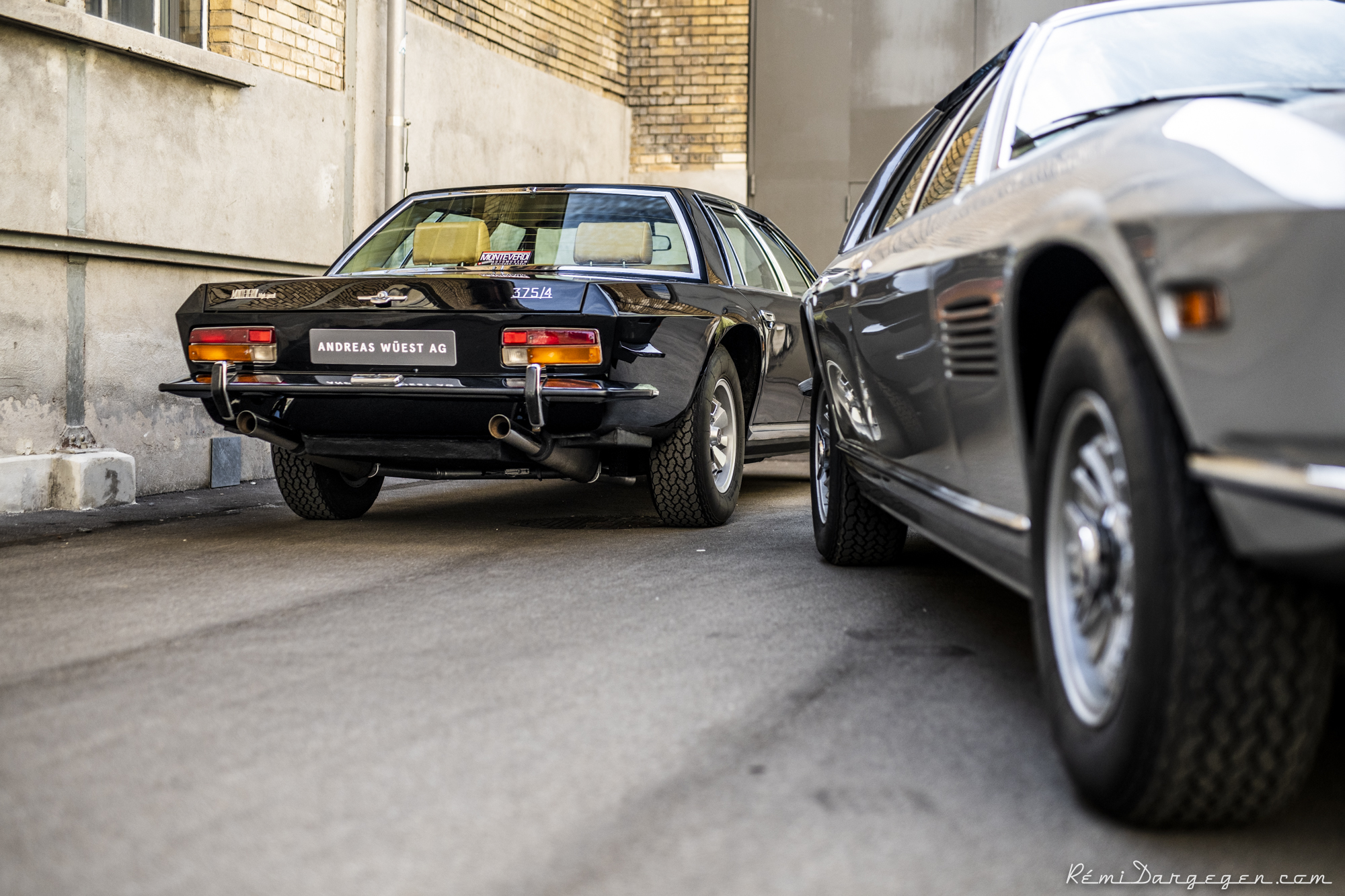 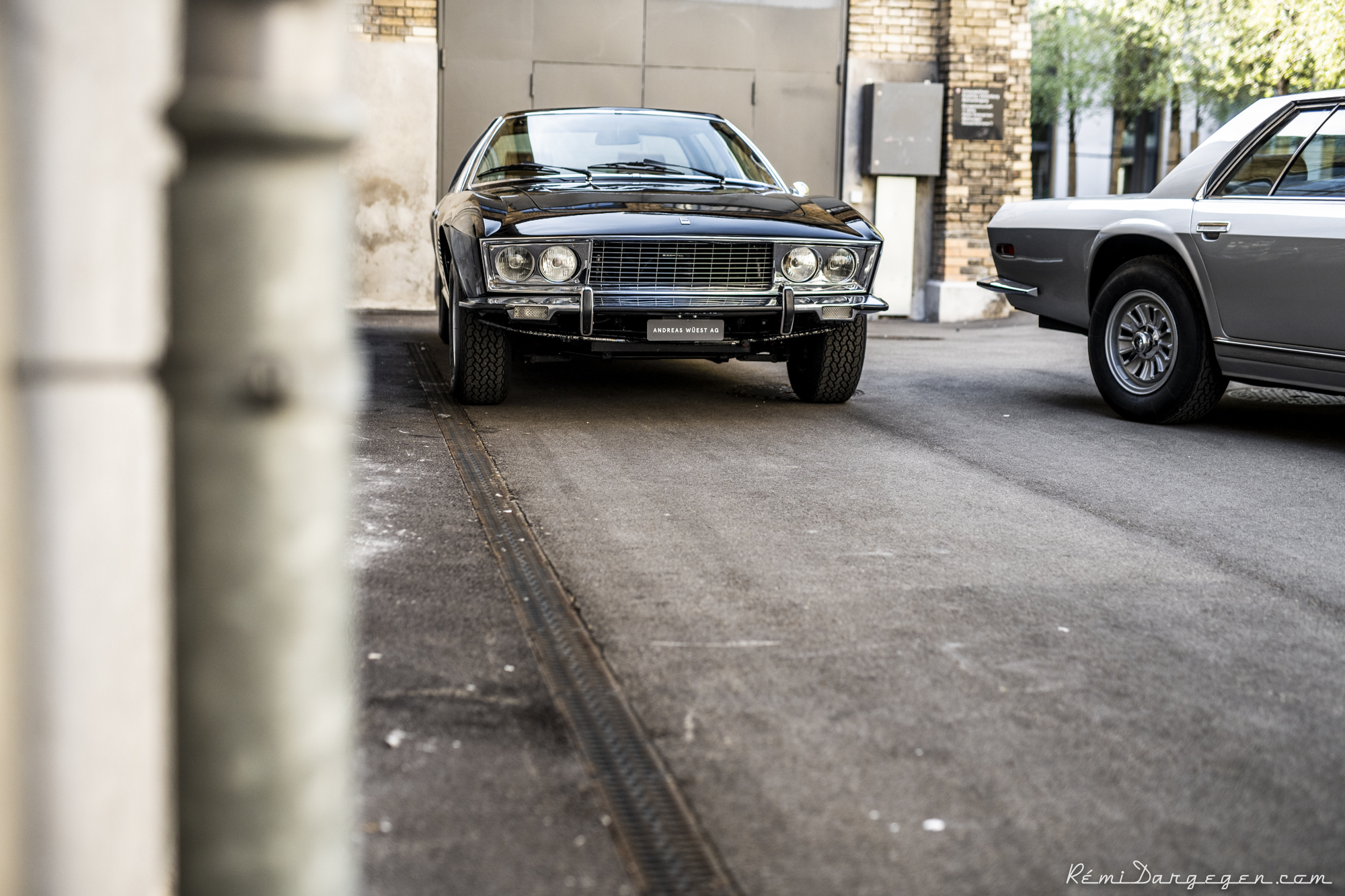 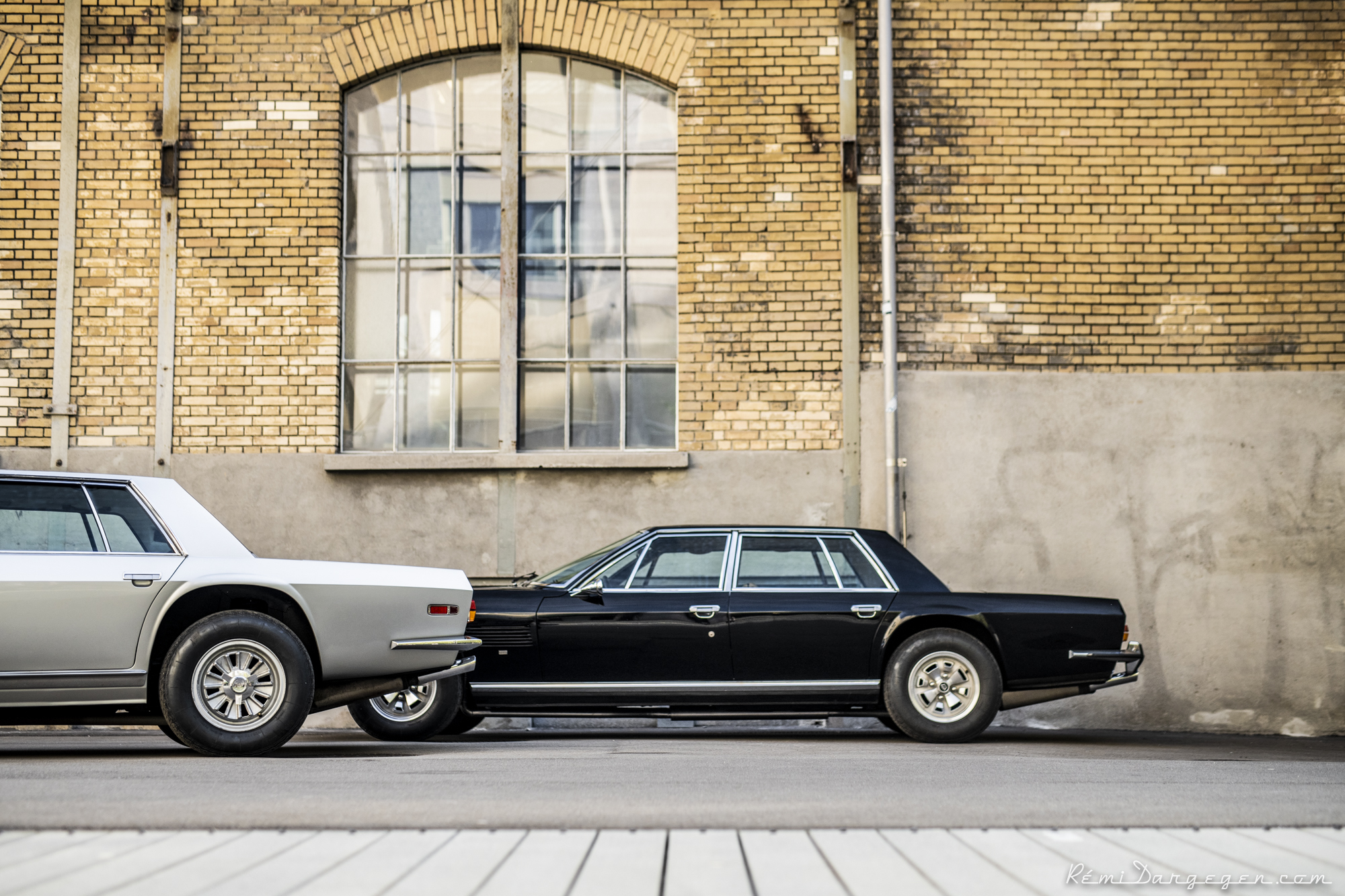 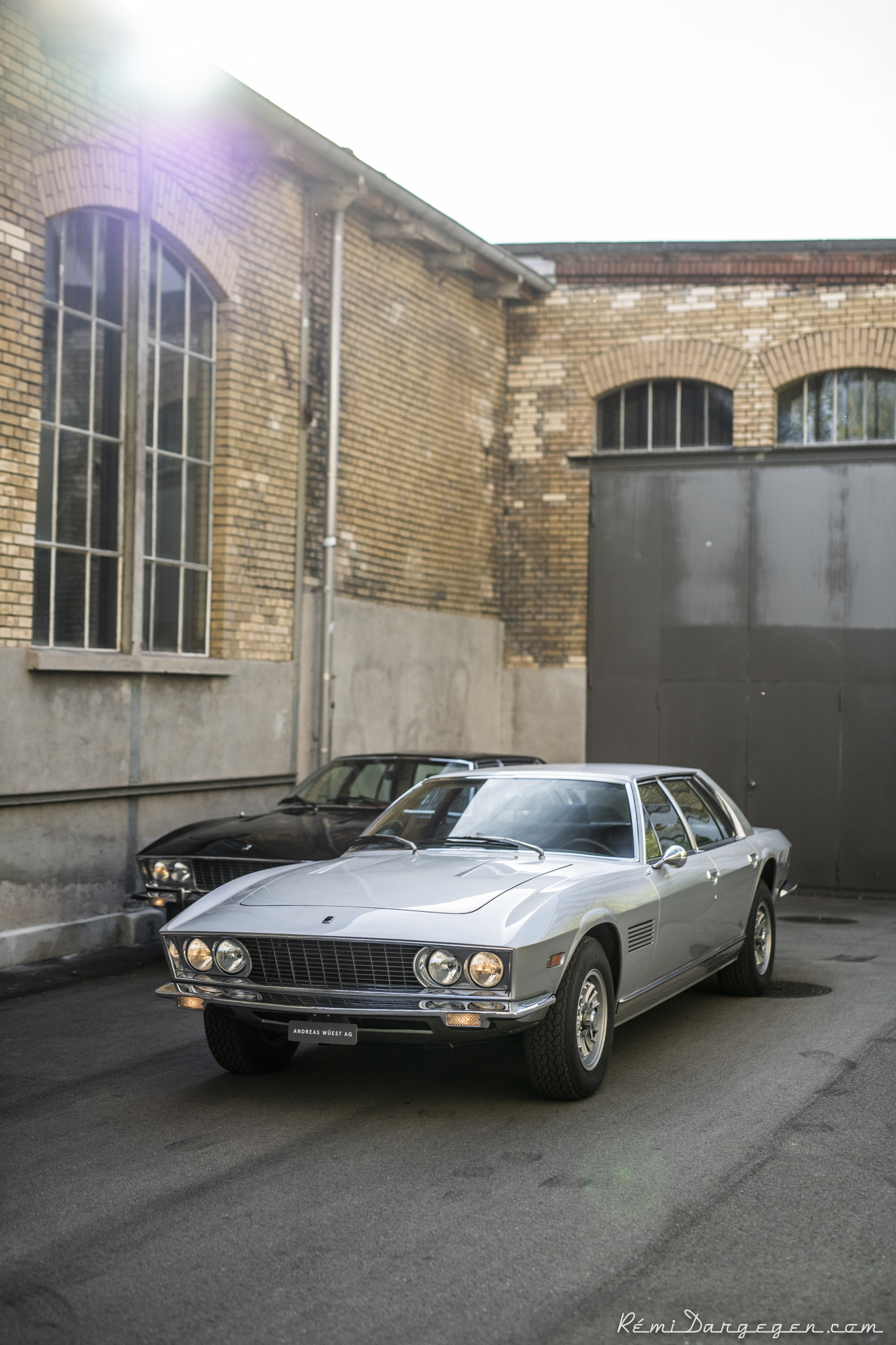 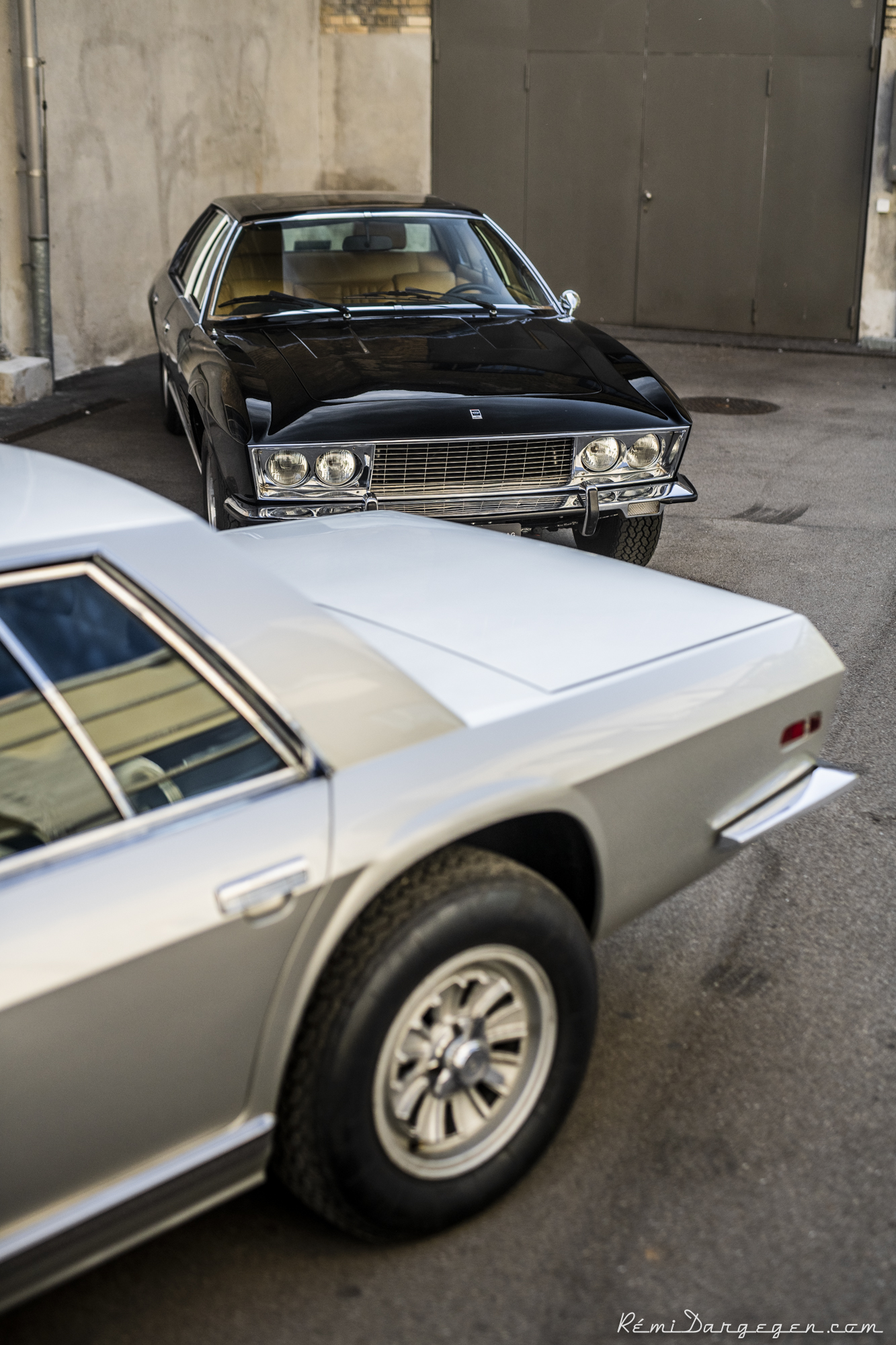 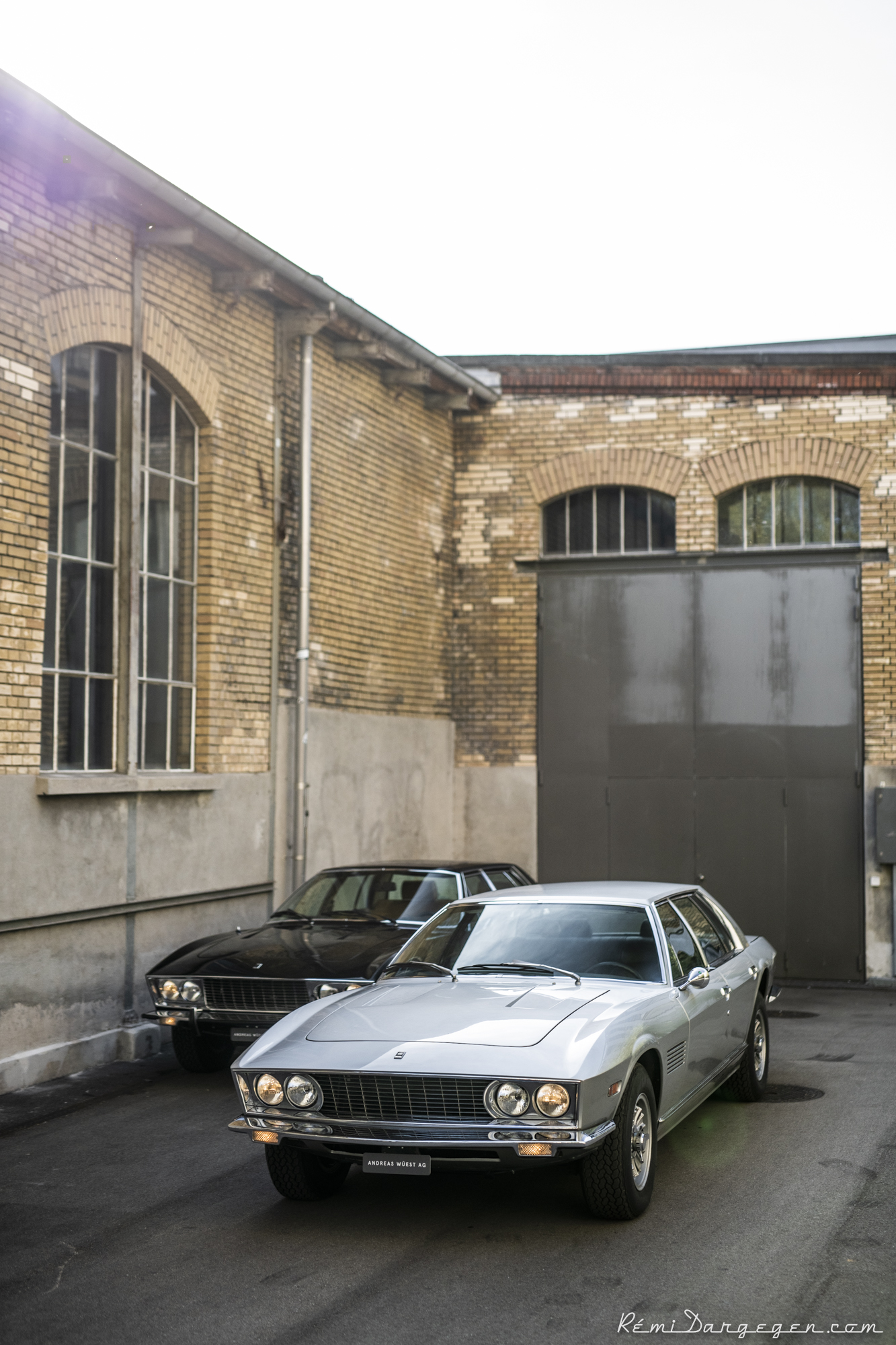 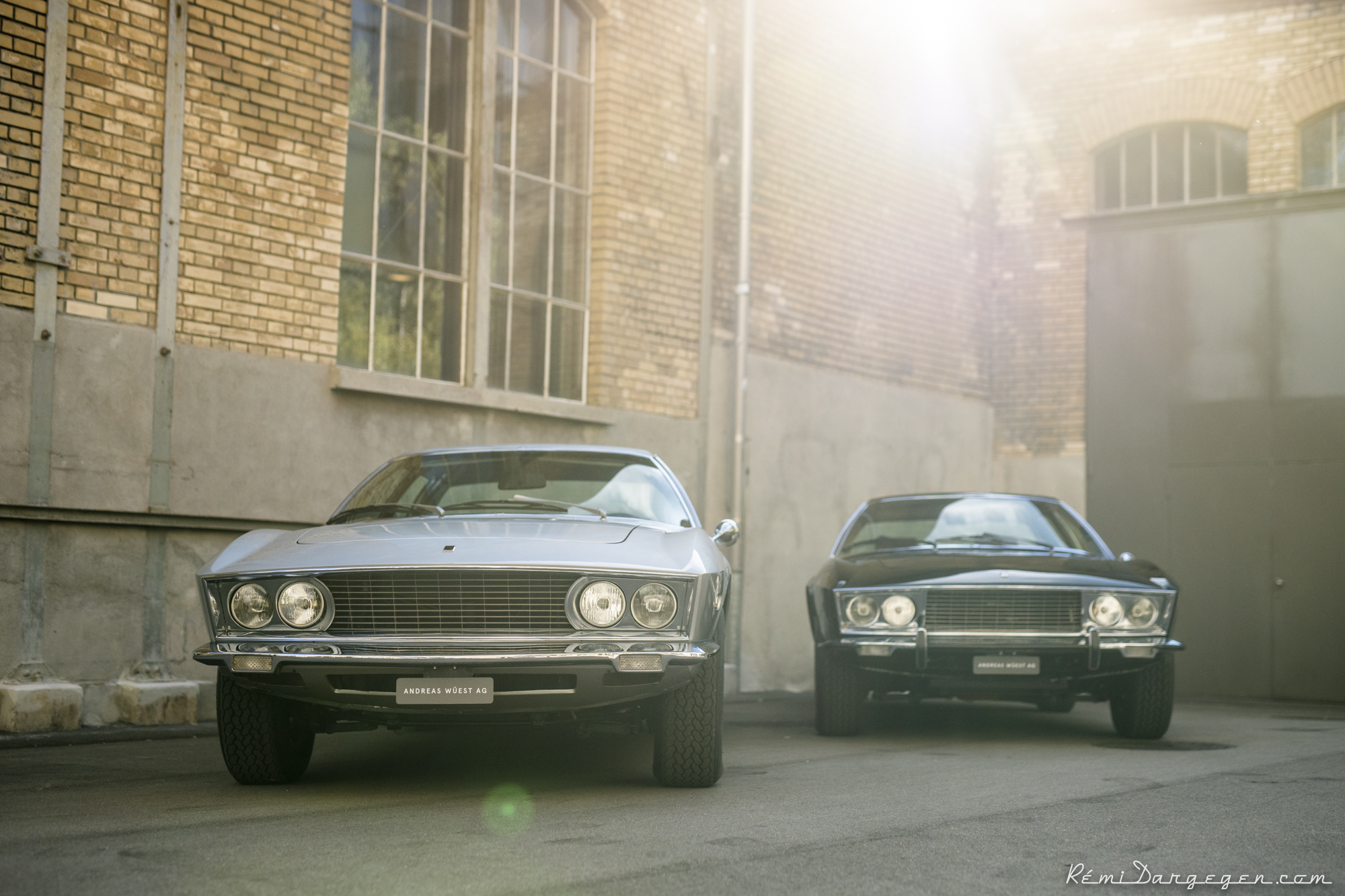